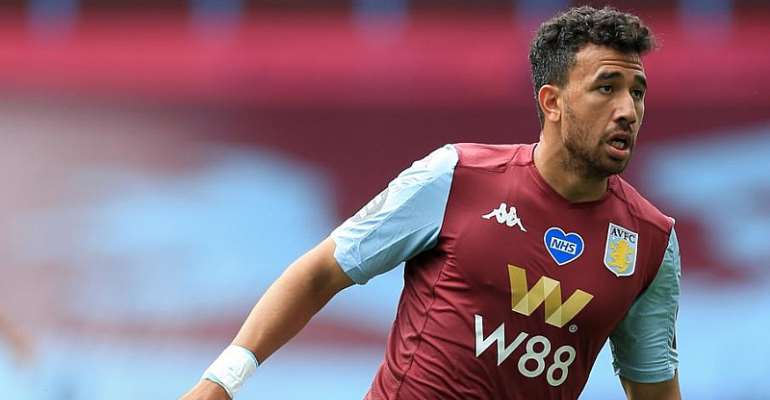 Mohamed Salah, usually the star Egyptian in the English Premier League, was overshadowed by compatriot and fellow international Mahmoud Trezeguet at the weekend.

The 25-year-old forward scored in each half to give relegation-threatened Aston Villa a 2-0 home win over Crystal Palace.

Twice African Footballer of the Year Salah failed to add to his 19 league goals this season as champions Liverpool were surprisingly held 1-1 by Burnley at Anfield.

Mahmoud Trezeguet (Aston Villa)
He kept Villa's faint hopes of staying in the Premier League next season alive by scoring twice to beat Crystal Palace. Villa's first win in 12 games came thanks to the Egyptian winger, who turned home Conor Hourihane's free-kick just before halftime and then pounced on a loose ball inside the area on the hour mark.

Wilfried Zaha (Crystal Palace)
The match at Villa Park was marred before kick-off when Zaha was the subject of racist abuse online. West Midlands police arrested a 12-year-old boy in connection with the messages, which the Ivorian winger had publicised on his social media channels.

Youssef En-Nesyri (Sevilla)
Moroccan striker En-Nesyri scored in Sevilla's 2-0 win over Mallorca as they all-but clinched qualification for the Champions League next season. En-Nesyri's lifted finish late on after a long ball downfield sealed a comfortable victory for Sevilla that puts them nine points clear of Villarreal, who have three games left to play. After leaving Leganes in January, En-Nesyri has scored five goals for Sevilla. He has nine goals this season overall.

Franck Kessie (AC Milan)
The Ivory Coast midfielder converted a 73rd-minute penalty to earn AC Milan a 2-2 draw at Napoli, which kept alive their hopes of competing in the Europa League next season. Milan led and trailed before Kessie rifled his spot-kick past Colombian goalkeeper David Ospina after Nikola Maksimovic fouled Giacomo Bonaventura