Naa Odofoley Fails To Comment Ahead Of CAS Ruling On Friday 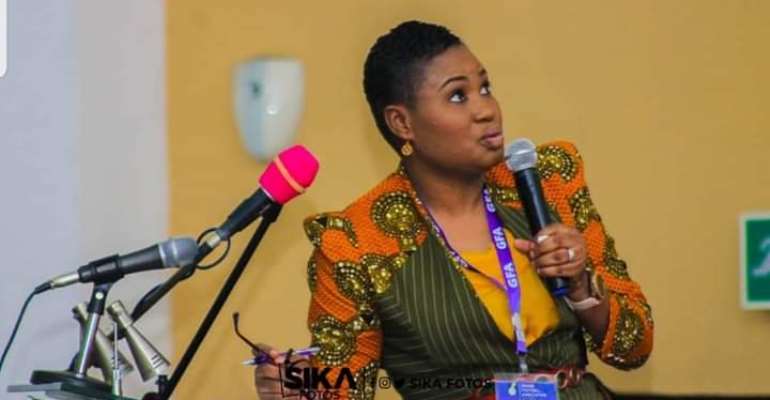 A legal aid to the Ghana Football Association (GFA), Naa Odofoley Nortey, has declined to comment on the outcome of the Court of Arbitration of Sport (CAS) in the case involving the GFA and Wilfred Kwaku Osei, alias Palmer, which is expected to be out by Friday.

Naa Odofoley explained that it would be unfair to comment ahead of a very delicate issue before CAS, which she said could be prejudicial.

Palmer petitioned CAS over what he termed as ‘unfair disqualification’ from last year’s GFA presidential election. The Tema Youth owner initially sought to place an injunction on the election but CAS overruled it and went ahead with the arbitration process to make a decision on the reliefs being sought by Palmer.

However, the GFA, led by Naa Odofoley, in its response to the petition questioned CAS’s eligibility to rule on the matter, but that was thrown out by the Switzerland-based court.

Earlier, the GFA had also failed to pay its arbitration fee in a bid to frustrate the process, but Palmer coughed up 22,000 Swiss Francs to settle it to enable the case to go ahead.

In an interview with Graphic Sports, Naa Odofoley said she was waiting on the ruling by CAS so she could advise the GFA on the way forward.

“We have to wait for the ruling by the close of week before I can comment. I don’t want to say anything now because it may sound prejudicial.

“When CAS rules, then we can see the way forward on what to do, but as it stands now it will be difficult to say something,” she stated.

Naa Odofoley was a member of the GFA Normalisation Committee (NC) which disqualified Palmer from contesting the GFA election following Tema Youth’s failure to pay a 10 per cent share of Joseph Paintsil’s transfer fee to the GFA.

Palmer, however, challenged his disqualification, insisting that the GFA was not entitled to any percentage of the transfer fee since it did not issue the player’s International Transfer Certificate (ITC).