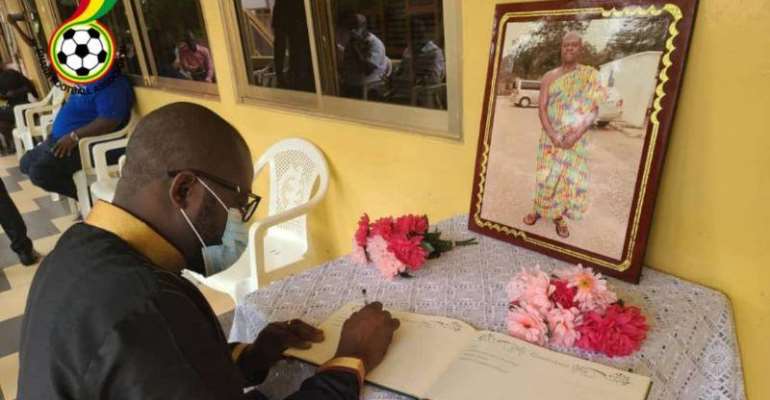 President of the Ghana Football Association (GFA), Kurt E.S Okraku on Sunday, July 5, 2020, led a delegation to Kumasi to call on the family of the late Opoku Afriyie, a former striker of the senior national team, the Black Stars.

The visit was to sympathize with the family on the loss of their beloved. 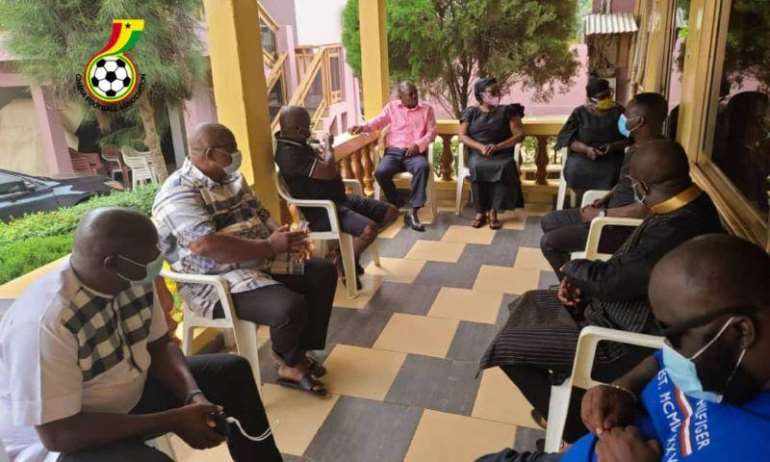 Other members of the delegation include Security and Safety Committee member John Ansah and Michael Tawiah Attoh, National Teams Coordinator of the GFA. 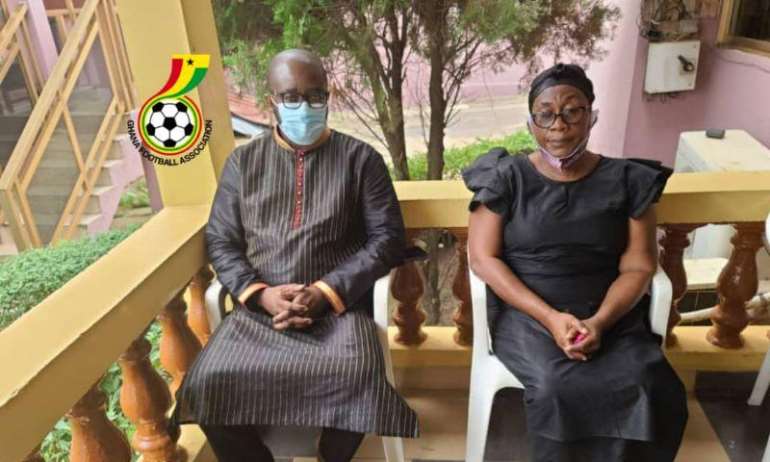 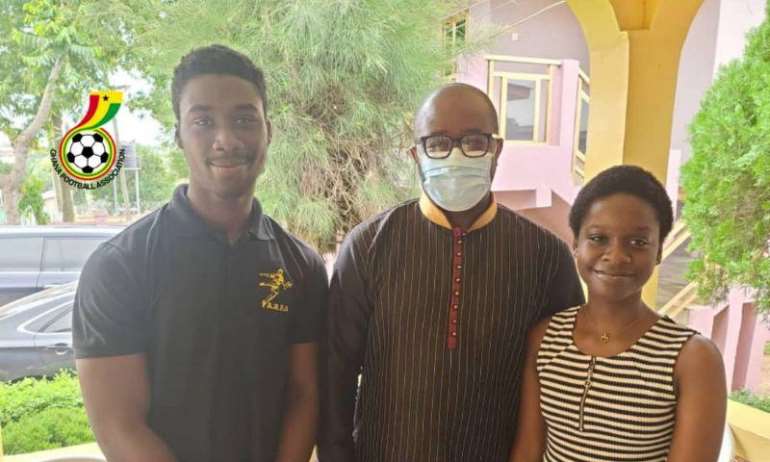 Opoku Afriyie was the top scorer in the Ghana league in 1979 and 1981. After hanging up his boots, Opoku took up roles as Team Manager and Welfare Officer of the Black Stars and Asante Kotoko respectively. He was 65.

President Kurt E.S Okraku signed the Book of Condolence on behalf of the GFA.

May the soul of the departed rest in peace.