I Am Ready To Serve Kotoko But ... - Marcel Desailly 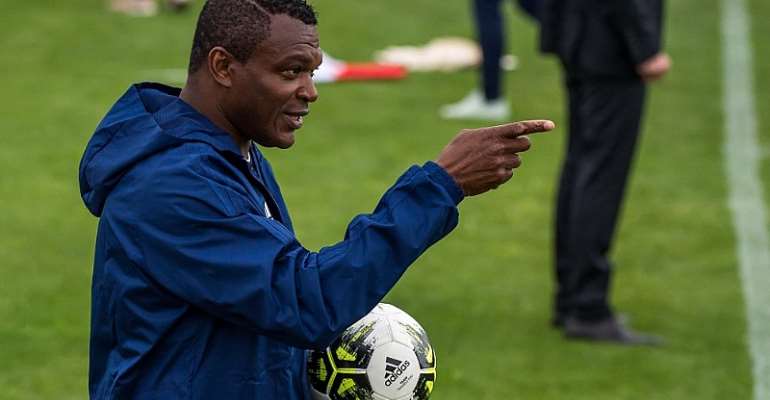 Ex-France captain, Marcel Desailly says he will honour the call to serve Asante Kotoko as the Chief Executive Officer (CEO) only when the right infrastructure and structures are in place.

The Ghana Premier League side are currently looking for a new CEO following the exit of George Amoako.

Nana Yaw Amponsah was on the verge of taking up the position but the Board of Directors decided to look elsewhere according to reports.

And according to the former Chelsea and AC Milan defender, he will only work with the club with the right infrastructure.

"For sure I’m ready for our King but it’s not really like this. It’s more about a plan. We talk about infrastructure, Kotoko have been in the system since 1935 but don’t have a stadium of their own, proper structures, I cannot come at this stage,” he told Footballmadeinghana.

"You need to be able to reach a certain stage before a guy like me can enter into the system.

"Otumfuo needs to educate the people he delegates more to do the work and do it correctly and make sure the club becomes a well-respected club.”

The football legend also revealed when he became a Kotoko fan.

"At the time our local League was buzzing and people filled the stadiums. Kotoko was the first name I heard and that’s why it’s one of the reasons I support the club.

"Kotoko is something very special and they are the known one. The name is high but what is connected to the name and the fame is not enough.”