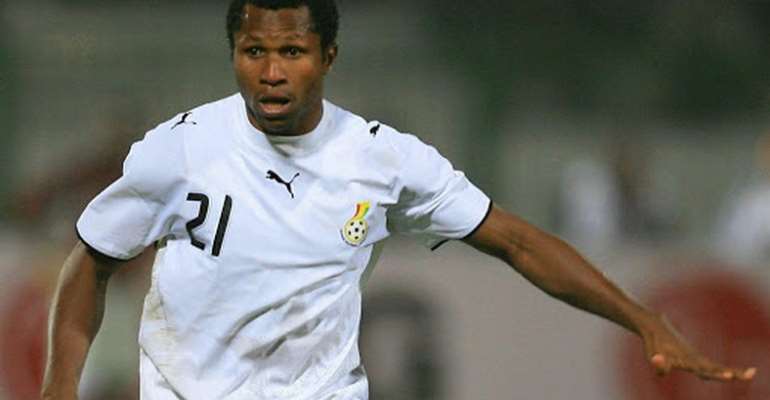 Former Asante Kotoko defender Gabriel Issah Ahmed has disclosed how he lost his Black Stars position after a player used juju on him.

Ahmed played a key role as Ghana qualified for their maiden FIFA World Cup in Germany.

He formed a centre-pair with John Mensah during the 2006 Africa Cup of Nations in Egypt.

He much remembered for his blunder against Zimbabwe as Ghana exited the continent’s showpiece in the group stage.

However, he was named in Ghana's 2006 FIFA World Cup finals in Germany but was unused throughout the tournament.

In an interview with Pulse Ghana', he alleged that a teammate who thought he was a local player and for that matter didn’t deserve a place in the Black Stars cast a spell on him against Zimbabwe to reclaim his position.

“Many at times we talk about superstition in our local football, African football. It does exist but many people don’t believe that. They will tell you what is juju going to do in football,” he said.

“Juju doesn’t play football for you but sometimes, it does happen. It brings a lot of things to players in our national camp. Many people do those superstitions to get the chance to play in the national team. So what happened to me in 2006. I just don’t want to talk about it, but it was just greedy for someone to think that I took over his position so this is what he can do on me to break me down so that he will take back that position.

“When I was playing everybody could see that I played very well on the local scene, playing for the Black Stars. I deserved to get a call up into the national team.

“Many people thought I had a relationship with Dujkovic, the then coach of the team, but I am telling you today I had nothing with Djokovic. He came to Ghana and went round the league centres, watched every game and he picked me. He thought I deserve a place in the national team and I did not disappoint him I played to my best.

"For someone to think that you are a local player and you are taking my position, so this is what I will do to bring you down and I take over my position then it is not right.

Issah Ahmed had a fantastic football career. He joined Asante Kotoko from Great Olympics and won league titles with the Porcupine Warriors and had a spell in the Danish topflight league with Randers FC.

He joined the Black Stars while he was with Asante Kotoko.