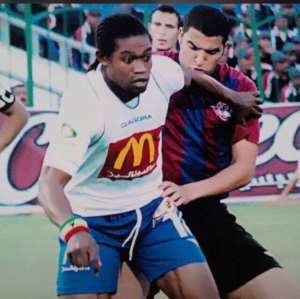 “Asamoah Gyan is the best Ghanaian player I have ever seen”

” He has contributed a lot to the national team” – Kyere said.

“In choosing the best player accolade, you consider the player’s goals for both club and country, how the player has transformed other players and all that”

“He is also Africa’s leading scorer at the world cup, with 6 goals to his credit”

Samuel Kyere who began his senior career with Berekum Arsenal in 2001 made a name for himself in the Egyptian league.