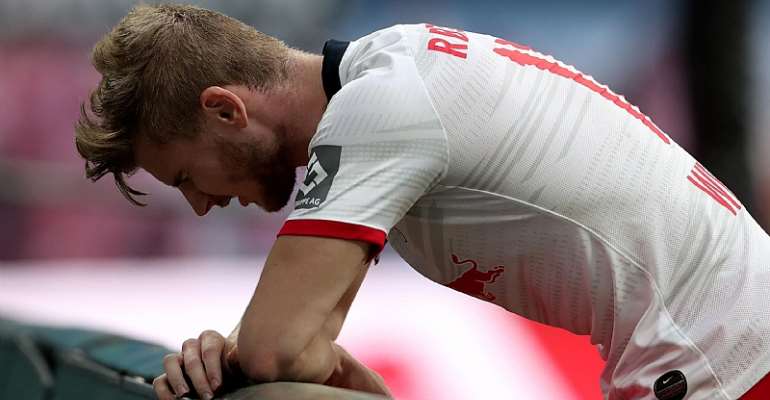 RB Leipzig’s faint Bundesliga title hopes were dealt a blow as they had a man sent off in a 2-2 draw with Hertha Berlin on Wednesday.

The game was billed as a matchup between the in-form forwards Timo Werner and birthday boy Matheus Cunha, who moved from Leipzig in January, but ironically they were the quietest attacking players for most of the game.

Hertha started brightly and took the lead from a corner with Liverpool loanee Marko Grujic guiding the ball into the net.

The visitors were then dealt an injury blow with Marvin Platternhardt forced off with a head injury, one of a string of incidents where the physio was required.

Julian Nagelsmann's men often lacked width but eventually found their rhythm and equalised through Christopher Nkunku's 16th assist of the season with Lukas Klostermann heading in from a corner.

The second half was a tamer affair in comparison and Leipzig's hopes of victory appeared to have been dashed when Marcel Halstenberg was shown a second yellow card for tripping Cunha.

But Bruno Labbadia, the Berlin club's fourth coach of the season, saw his side fall behind courtesy of a blunder from keeper Rune Jarstein who fumbled Patrick Schick's shot.

Leipzig appeared comfortable with ten men but conceded a late penalty with substitute Ademola Lookman tripping Cunha. And substitute Krzysztof Piatek stepped up to convert the spot kick to salvage a point.

The result means Leipzig remain in third place, two points behind second-placed Dortmund, while the Berlin side climb to tenth.