“Nothing is do or die”- Renowned Comedienne Princess, discusses life regrets, near-death experience and more #WithChude 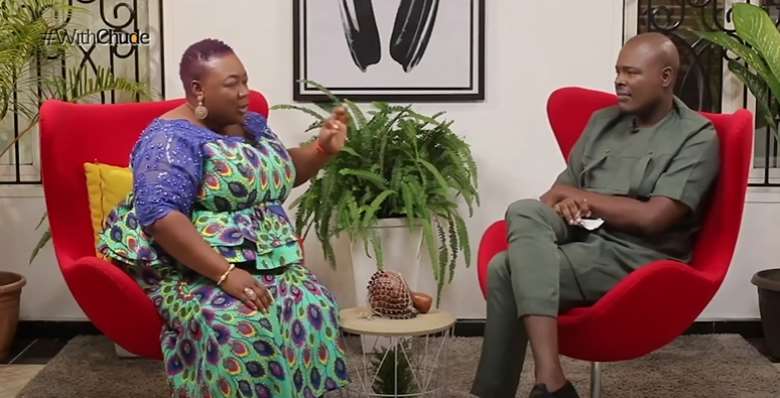 While most people have either heard or read of the crash of Princess’ marriage in 2013, many do not know that in 2019, the comedienne got together with her husband to give their marriage another try. On this week’s episode of #WithChude, comedienne Oluwadamilola Adekoya, more popularly known as Princess, shares with host Chude Jideonwo details about the breakup, lessons learnt, being homeless in 2019 and more.

The comedienne revealed that she got back with her former husband in 2019 and even took in, but it was a futile attempt as he remained uncaring and unloving, even during her pregnancy.

Sharing his refusal to assist or pity her on the night she was rushed to the hospital and operated on; she said: “I remember asking, begging him to rub my back and he said he’s not interested”. She had to beg that he call the neighbours to take her to the hospital instead.

Sharing a few life regrets and lessons learnt from her divorce, she mentioned letting herself and her dreams go to focus on her pain instead of letting the pain push her dreams, as colleague Funke Akindele advised.

“When I fell, I didn’t pick myself up. I was sad. Sad is an understatement,” she said.

Revealing the extent of her fall, Princess shared that she lost so much from her lack of a desire to actively participate in life that she couldn’t afford a home. “In 2019, I was homeless,” she said.

Confessing her recent lax approach to life and shame, she advised: “nothing is do or die. I know that now because I don do am, I nearly die”.

#WithChude is a special series of targeted multimedia conversations and investigations focused on narratives that enable and strengthen the mind, heart, and spirit.

All past and new episodes of #WithChude premiere on Saturdays at 7 am on watch.withchude.com. You can also watch the show every Saturday on Channels TV at 1 pm, with reruns every Sunday on Wazobia TV Channel 98 at 5 pm, every Tuesday on Rave Tv at 5 pm, every Wednesday on Pop Central Station DSTV Channel 189 at 8 pm, and every Thursday on EbonyLife TV StarTimes Channel 189/191 at 7:30 pm.