NOLLYWOOD TO THE WORLD: -A Soldier’s Story II Begins the Inroads to Africa by a Major American Studio 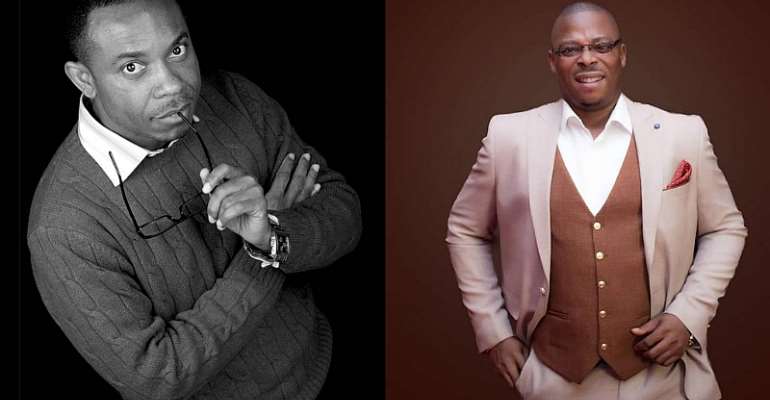 When in December, 2020, the Franchise owners; Martin Gbados of Mekdoss Productions and Frankie Ogar of Frankie Ogar Films released A Soldier’s Story II: Return from the Dead; the second part of a trilogy produced and directed by the duo respectively; movie pundits all over Africa and the media adjudged it to have surpassed any movie done out of Nollywood. Infact, its was described as the most anticipated movie of all times out of Nigeria.

As a testament of the commitment of the franchise owners in advancing and projecting Nollywood to the world, the American Based Hollywood Studios; Lions Gate have released the blockbuster Nollywood Action Movie “A Soldier’s Story 2- Return from the Dead”.

Hence, this sequel (A Soldier’s Story II) to the multi award winning movie (A Soldier’s Story), which emerged as the movie with the highest number of awards in 2016/2017 is now showing in America and Canada across major streaming platforms and PAY-TV like Apple iTunes, Google Play Movies, Vudu, Amazon Video, Microsoft Store, Comcast Xfinity, FandangoNOW, YouTube, Redbox, FlixFling, DIRECTV online and Apple TV.

According to a Press Release sighted, Lions Gate through their affiliate Strawberry Fields Entertainment believes that Nollywood have become a major player in the movie world and this deal only goes to confirm it.

Continuing, CEO of strawberry Fields entertainment noted that the company would also apart from distributing a soldier’s story 2 – Return from the Dead, will also fund the franchise of the next movie with budgets in the $5 million range.

According to the distribution agent, Strawberry fields is poised to make in-roads to Africa. “we are happy to begin this journey with such a powerful movie”

CEO of strawberry Fields entertainment says that the company would also apart from distribute a soldier’s story 2 – Return from the Dead, will also fund the franchise next movie with budgets in the $5 million range.

It would be recalled that this most successful blockbuster out of Nigeria has an unprecedented combination of Hollywood actors; Eric Roberts, John Vogel and Berit Glaser, and Nollywood actors including veterans such as Alex Usifo, Akin Lewis, Segun Arinze, with younger ones such as Linda Ejiofor, Somkele Iyamah-Idalamah, Michelle Dede, Daniel K. Daniel, Tope Tedela, Baaj Adeuble and Sambasa Nzeribe, in addition to Chris Attoh from Ghana and Vimbai Muthinri from Zimbabwe.

Furthermore, the production quality of the film marked a turning point for the Nigerian film industry. It was equally well positioned to earn both at the box office for entertainment and quality due to its strategic collaborations, and as such has surpassd any movie ever made in Nollywood.

On the post-production side, Mekdoss Productions and Frankie Ogar Films collaborated with Revolve Agency LA (which handled films like ‘X-Men’ and ‘Pirates of the Caribbean’) Moving Picture Company, Asia and Crater Studios Serbia.

On the strength of the film, it has stood out among other movies because of its complete adherence to international standards of movie production in terms of plot, setting, visual effects, colour correction amidst other procedures.

Set in two West African countries; Nigeria and a fictional country called The Watz Republic, the Movie, shot in Lagos with very international plots will take the audience on an adrenaline pumped emotional rollercoaster as it highlights the issues most of the world is slowly becoming familiar with, terrorism, emigration, rape, civil rights, international trade and relations.