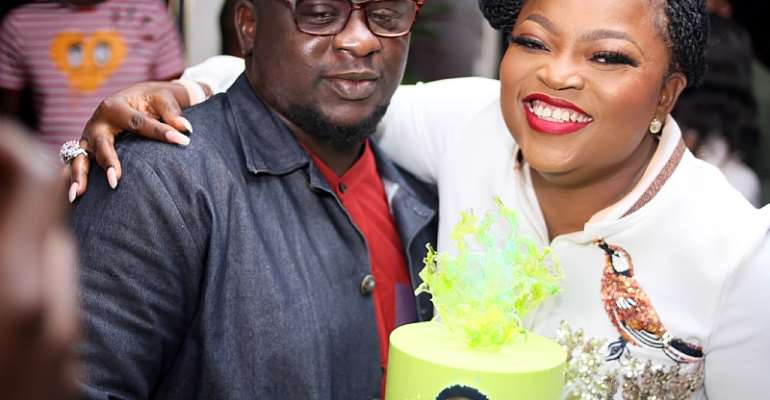 It was an evening of music, dance and unexpected reunion as the Black Diamond of Africa, Wande Coal celebrates his 34th birthday at the Cigar room of 355 Lounge, Victoria Island, Lagos. As expected, the guests were treated to different genres of music, including that of the celebrant under the beautiful and intimate ambiance the lounge bore.

The night started when Wande Coal arrived in the company of his friends and was welcomed with a loud ovation from well-wishers already present. He took his time to greet everyone present individually after which he took his place in a conspicuous seat.

Nollywood actress and producer, Funke Akindele arrived about 10 minutes later accompanied by Timini Egbuson with a cake as a gift to the celebrant. Other celebrities in attendance include Tania Omotayo and 2019 Big Brother Naija housemate, Ike.

The party had happy faces of people who were proud of the achievements the hitmaker had made so far and wished him greater heights in years to come. The Iskaba crooner danced to a series of his hit songs with friends and well-wishers and the night ended not long after the celebrant left.