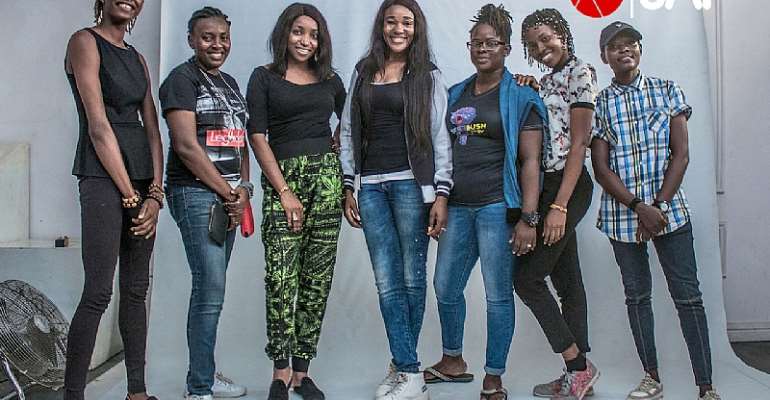 Cerebral Nollywood Filmmaker and Actress, Judith Audu has concluded the shoot of a Documentary on Breast and Cervical cancer awareness.

Titled ‘Tame the silent Killer’, the actress says that the documentary, which is put together by an all-female crew was conceptualized after she lost a friend to breast cancer and realizing Cervical cancer is preventable.

Not one to take the news like that, the actress embarked on a campaign to enlighten people about the dreaded killer that is responsible for the death of women especially in Nigeria. This led her to shooting the documentary, ‘Tame the Silent Killer’, which she says she intends to screen in as many locations as possible.

“It was a very painful loss for me and for the loved ones she left behind. It was even more painful when I came to realise that is one more death that could have been avoided, if she had acted on it immediately she was diagnosed. I got to also discover breast and cervical cancer is the number 1 killer of women at the moment in Nigeria, it is a problem hitting women and because of how personal the parts we are talking about is, I decided to put together an all-female crew to do this documentary so women would feel free to talk about it,” she said.

Judith Audu further noted that breast and cervical cancer is recorded as the number one killer of Women in Nigeria.

“We got the help of Dr Femi Olaleye, Medical Director of Optimal Cancer Care Foundation, Surulere, who is at the forefront of breast and Cervical cancer awareness. During the course of the documentary we got to interview a Gynaecologist Dr Ngozi Obi, Oncologist Dr Kehinde Ololade, Radiologist Dr Biodun Kuti and Pathologist Dr Sam Keshinro, and Breast Cancer Survivors Mrs Hilda Egboh, Mrs Evelyn Okoloh,” she added.

As a way of ensuring that the message is taken to as far as possible, the documentary will be taken to secondary schools to educate young girls to cultivate the habit of doing constant check, get to know their bodies better and also for them to be aware that cervical cancer can be prevented and to go get vaccinated against cervical cancer.

The 50 minutes documentary will be premiered in October during the Breast cancer awarenesses campaign , after which it will be available to the viewing public on as many platforms as possible.

Judith Audu Productions is passionate about telling stories and more passionate about creating awareness about societal issues, we are always ready to collaborate and partner with companies, NGOs, Foundations and individuals that want to tell relatable stories that will reach the grassroots.