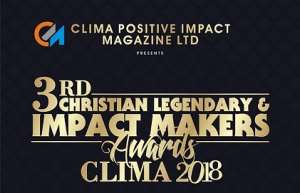 The publishers of Clima Magazine and organizers of Christian Legendary Impact Makers Award (CLIMA) has announced the date for the 3rd edition of the prestigious CLIMA Awards 2018.

Speaking to WCRadio correspondent, Mr Uwak hinted that the list of nominee will be released on Friday, 6th July while voting line will be opened on Monday 9th July to the public.

CLIMA Awards is an award design to celebrate people of positive impacts in the Christian community and beyond. It has played host to great names in the gospel and secular community in Nigeria and has been running consistently every year since 2016.

In the past two seasons, the award organizers have maintained a high level of quality on the organization of the award and nominee selections.

2022 budget: Minority missing as Majority goes ahead to over...
56 minutes ago