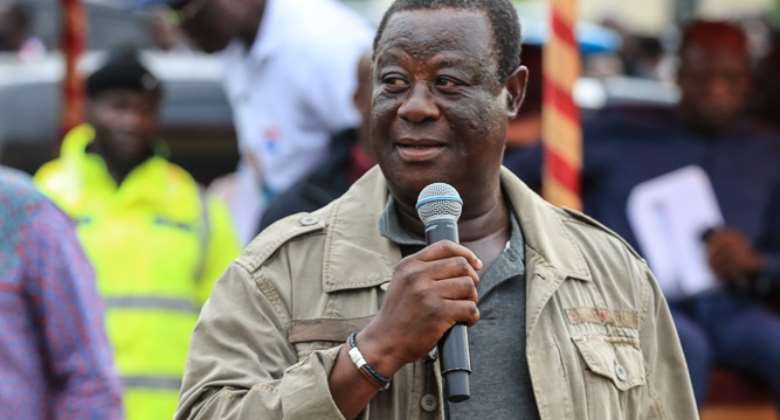 Government has said feasibility studies have been completed to construct additional interchanges to complement the ongoing Sofoline interchange project in Kumasi in the Ashanti Region.

The Minister of Roads and Highways, Kwesi Amoako Atta in February this year, assured that the remaining works on the Kumasi Sofoline Interchange will be completed by six months' time, with the return of the contractors of the project, China Geo, to the site.t

The completion of these projects is expected to ease vehicular traffic experienced at major intersections within the Ashanti Region. Suame, Oforikrom, Airport Roundabout, and the Ahodwo-Santasi have been identified as areas the interchange projects will impact.

The Roads and Highways Minister disclosed this at a news conference in Kumasi as part of a tour to inspect ongoing road projects in the Ashanti Region.

“Traffic will reduce significantly in Kumasi and by the time we finish this road in conjunction with all the interchanges that I have already mentioned and the improvement of the road generally in Kumasi, Kumasi and Ashanti Region will be a place to visit because people will have driving comfort not only in terms of traffic being eased but you will have a smooth driving surface and you will enjoy driving in Kumasi,” the Minister promised.

Government in its quest to address the poor road networks in major parts of the country declared 2020, as the “year of roads”.

Delivering the 2020 Budget in Parliament, the Finance Minister Ken Ofori Atta said the government will largely focus and prioritize road projects to improve infrastructure in that sector and bring an end to the cries of Ghanaians for better roads.

Ridiculing the opposition National Democratic Congress' (NDC) claims of massive road infrastructure in its Green Book, Ofori-Atta indicated that the governing party will revamp the road sector and pay contractors what is owed them.

It is, however, unclear if the government can keep up with its promise due to the outbreak of the novel coronavirus in the country which has led to about GHS9.5 billion in revenue according to the Finance Minister.