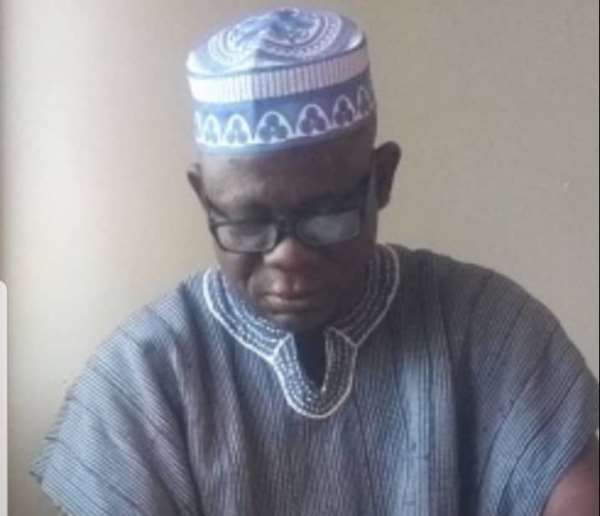 The Ghana Education Service has interdicted a teacher at the Arigu D/A Junior High School (JHS) in the North East Region, Baba Zumah Yaro for allegedly using certificates that do not belong to him to gain employment.

According to a final report on the investigation into the allegations of impersonation, Mr. Yaro is said to have used educational certificates of his late brother Baba Zumah, a former lecturer of Tamale Polytechnic to gain employment into the Ghana Education Service in 2005.

In a letter signed by the Director-General of the Ghana Education Service, Prof. Kwesi Opoku-Amankwa and sighted by Citi News, Baba Zumah has been directed to hand-over all official property to the West Mamprusi District Director of Education and proceed on interdiction.

Mr. Baba Zumah is also standing trial at the Bolgatanga High Court on charges related to the same matter.

The letter further stated that “GES reserves the right to take any administrative decision on the matter irrespective of the pendency of the trial”.

In an investigative report by the Ghana Education Service REF.NO.GES/HQ/IAU/VOL II/39, Mr. Baba Zumah had three different names on different documents representing him.

For instance, he bears the name Baba Zumah on his educational certificates for appointment into GES which is being challenged by GES, and he registered as a candidate to contest as assemblyman for Tindongo/Sheaga in 1998 under the name Teroug Zongbil Yaro Zumah while having Baba Zumah Yaro on his national health insurance card issued in 2008.

Who blew the alarm?

According to the Ghana Education Service, Baba Zumah Yaro was appointed as a graduate teacher by GES in September 2005 and posted to Zebilla Secondary Technical School in the Upper East Region.

Between October 2009 and January 2010, letters were received from some persons, Farruk Braimah and Tebon Zumah alleging that Mr. Yaro was an imposter.

Mr. Tebon Zumah, who is the maternal and paternal brother of Baba Zumah Yaro alleged that the certificates submitted for employment by Baba Zumah Yaro belonged to their late brother Baba Zumah who was a lecturer at the Tamale Polytechnic and died in 2002.

Preliminary investigations were launched by the Upper East Regional Director of Education and subsequently, the salary of Baba Zumah Yaro was frozen.

On August 2, 2010, when Baba Zumah Yaro appeared before the GES investigation committee, he denied having a brother by the name Baba Zumah who was a lecturer at Tamale Polytechnic but rather had a brother by name Zong Tii Zumah who worked at Ghana Highways as a foreman and died in Tamale in 2002.

On his second appearance on October 5, 2010, Baba Zumah Yaro denied Baba Zumah as a brother but stated that he had a brother by name Tii-e Zongbil who worked with an NGO in Tamale and died in 2001.

According to the GES report, there was no evidence of change of name nor confirmation that the same person bears two names at the time of his appointment into GES, however, he only attached affidavits to that effect in February 2007.

Meanwhile, Baba Zumah has told Citi News that he has not received any interdiction letter from the Ghana Education Service in connection with the matter but was quick to add that, he was standing trial at the Bolga High court over the same matter.

“I was invited by the Upper East Regional police telling me that, they have received a complaint and that I was under investigation on this issue and I gave out my statement and was granted bill. Six months later, they(police) said there is a docket that had come from the State Attorney and that I should be prosecuted and charged so, I was charged, I went to court and was given bill and the case has been running for two years now,” he said.

“Then all of a sudden that, there is a letter that I need to pick not even from my Regional or District office but from Accra and I don't work in Accra and my recruitment was not done by Director-General, I was recruitment in the Upper East Region. So, if a letter has been written and I have not received a copy and that I have been interdicted, let it go on because this case that is running in court today, it is not GES that took me to court”, Baba Zumah Yaro added.

Mr. Baba Zumah Yaro said, he has been in court for two years now on the matter but not over the allegations of impersonation.

“I'm in court because the police say, their intelligence says that I have been drawing money from a name that is not my name and that I'm fraudulent and that is what I'm fighting in court now,” he said.