87% Of Ghanaians Are In The Informal Sectors And That Is Worrying-Dr. Angela Akorsu 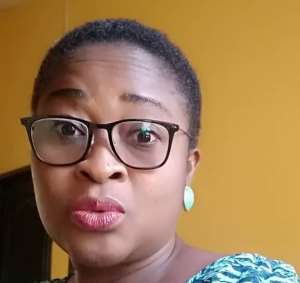 A Senior Research Fellow of the Department of Labour and Human Resource Studies, School for Development Studies of the University of Cape Coast Dr. Mrs. Angela Akorsu has said that about 87 percent of Ghanaians are in the informal sectors of the Ghanaian economy and that had a great impact on how successful or unsuccessful our partial Lockdown was going to be. She said because most of us are in the informal sector and need to be going out almost everyday to work in order to eek out a living, even though there was partial Lockdown others were compelled to be going out to work.

She was speaking to Benjamin Tetteh on GBC Radio Central's Central Morning Show on the occasion of May Day 2020 on the topic "Covid-19 Effects on Labour" today 1st May, 2020.

Dr. Akorsu said May Day is normally a day to recognise workers contribution to nation-building. She continued that on paper workers are recognised because there is what is called the National Tripartite Committee where workers are heavily represented but as whether that generally benefits workers is as another matter.

Responding to whether workers are properly catered for, she said workers are not a homogenous group and about 87 percent are in the informal economy with a few in the formal economy which is a major problem in our country. "There is no security for informal employees and also they lack social protection which is also very problematic." Women who are in the informal sector like market women normally tend to lose their capital after returning from their maternity leave. Because they have no form of security or insurance but those in the formal sector can enjoy all these as well as their salaries while on maternity leave". She further explained that there is a new trend within the formal sector which is also very disturbing because some people are employed within the formal sector but might not get paid as regularly as prescribed by law and even though one might be employed within the formal sector, she or he is at a disadvantage because s/he doesn't enjoy all the benefits which formal employees within the government sector get. "This is driven by profiteering, greed and sometimes sheer survival of the business on the part of employers within the private sector".

When asked whether government decision to remove the partial lock down was very necessary, Dr. Akorsu explained that, some person cannot feed themselves while at home and because of the extent and nature of our informal sector, government was over burden providing food and other essentials for the less privileged hence the decision to cancel the lock down was good.

"Social protection is very necessary because even when people retire at 60 years sometimes they are unable to fend for themselves and that is not too good because if you're in a country where only 13% are on social security, then that should tell you that, we have problem and have not done well as a country" she explained.

She further added that, "the labour law clearly protects people who are sick and must enjoy all other benefits but some private schools across the country refused to pay the March salaries of their teachers which is within the private formal sector of the Ghanaian economy. "At least March salaries ought to have been paid but others didn't get paid. Even though some people are employed in the formal sector, these problems persist. "The problems of labour are varied depending on where one finds him or herself". There are pressing challenges that are affecting workers within the private formal sector of our society and all these needs to be addressed.

Reacting to whether Covid-19 would have some impacts on labour, Dr. Akorsu said, the International Labour Organisation has said that unemployment is going to escalate and about 50% of the labour force might be affected worldwide.

She further said that when a lot of people are unemployed it serves as a security challenge and increases social vices. This is because everyone needs to survive and must have the basic necessities of life and as such as a country going forward, we need to address some of these social challenges within our society.

Dr. Akorsu ended the discussion by thanking all workers and wish all well during this covid19 pandemic.