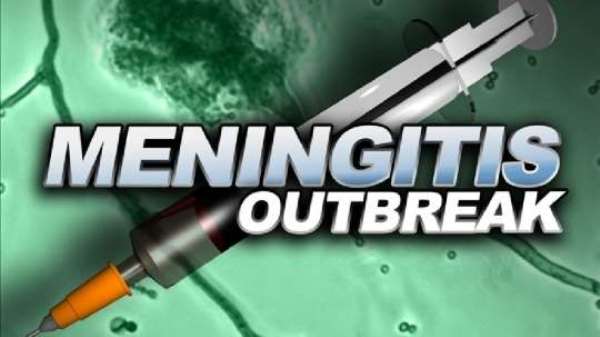 The Member of Parliament (MP) for Daffiama Bussie Issa in the Upper West Region, Dr. Sebastian Sandaare says the Deputy Health Minister, Dr. Bernard Okoe Boye misled Parliament on his assessment of the meningitis situation in the north.

On Thursday, April 30, Dr. Okoe Boye told Parliament that the situation of the meningitis outbreak is currently under control.

“Mr. Speaker, I am glad to report that the situation with CSM is under control. A visit to some affected municipalities in the Upper West Region by one of my deputies revealed that currently, only four cases of meningitis are being attended to in the region. The disease scale shows that we are no more in the epidemic level. Sustaining this achievement requires continuous education, and that is ongoing,” he said.

But Dr. Sandaare, on Eyewitness News on Thursday, indicated that all the explanations given by the Deputy Health Minister are only to cause confusion as he does not truly understand the situation on the ground.

According to him, CSM is only a type of meningitis and should not be equated to the meningitis disease which is the bigger picture.

He said, “Unfortunately, from his [Okoe Boye] brief, I’ll say that his statement was not really according to what is on the ground and according to what he really understands meningitis to be. It was an issue of trying to really come in to educate the public. Because I realised that there was some bit of misunderstanding between what meningitis is and what CSM really is and my colleague didn’t present the facts as we understand. He tried to equate CSM to meningitis but what we understand is that we have an outbreak of meningitis in the Upper West Region and normally within that context, you can talk about CSM. When you use CSM, you’re mainly talking about meningitis which is caused by a specific organism.”

“You can talk broadly of meningitis which traditionally is what happens in the three northern regions. But what happens is that you have a meningitis outbreak but depending on the causative organism then you can talk about whether it’s CSM or something caused by something else. So that was an issue which I thought was in a way misleading the House because that is not what we understand to be happening with meningitis,” he added.

Dr. Bernard Okoe Boye had previously led a team of professionals from the Health Ministry to the Upper West Region to assess the outbreak of CSM in the area.

The visit was also to engage with various stakeholders on how to combat the endemic.

According to him, the government is concerned about the havoc caused by the disease and will commit resources to halt its spread in the region.

The Upper West Region has so far recorded 40 deaths from the disease out of about 258 confirmed cases in the region.

Seven persons have also died from the disease in the Upper East Region.

So far, over 400 CSM cases have been recorded in the five regions in the north.

Some residents of the Upper West region are calling on the government to release vaccines for the disease, believing that will be the surest way to halt the increasing spate of the endemic and its related deaths in the region.

But according to the Ghana Health Service, the current outbreak of meningitis in the region is caused by a new strain of bacteria that has no vaccine.

It, however, indicated that even though there is no vaccine for this strain causing the outbreak, there is an effective treatment upon early reporting and initiation of the said treatment.