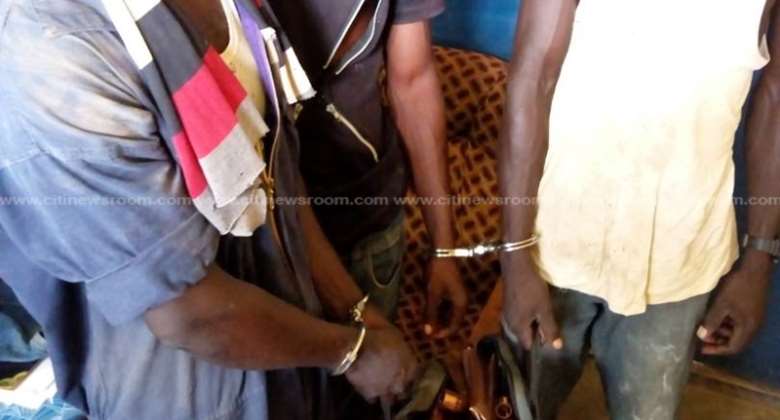 Some seven persons have tested positive for the novel coronavirus in the Adentan Municipality in the Greater Accra Region.

They were part of a group of 42 persons arrested for breaching the lockdown directive of Accra.

Accra, Kasoa, Kumasi and Tema had been under a three-week partial lockdown to curb the spread of the virus.

Subsequent to this, 37 police officers and 15 cell inmates of the Adentan Police Station have been isolated at the Police Hospital after being tested as part of contact tracing efforts.

Municipal Chief Executive of Adentan, Alexander Nii Adumuah indicated that necessary precautions were taken because of the circumstances.

“The team got to the place and did their necessary test and found that some of the people were positive. It was reported to me. We got to the place. We had all the people; about 20 or 30 policemen were tested.”

“The Adentan Municipal Assembly has also sent a team to disinfect the place,” he added.

The relevant courtrooms are expected to be disinfected and its personnel will also be tested for the coronavirus pandemic.

Ghana's novel coronavirus cases stand at 1,550, according to the Ghana Health Service’s most recent update.

The Greater Accra Region has 1,347 of these cases.

A total of 810 people were arrested by the Ghana Police Service during the partial lockdown of parts of the country.

Since the lockdown, about 8,000 frontline police officers who were enforcing the directives have been directed to self-quarantine.

Though the President lifted the partial lockdown public gathering advisories, which included a ban on gatherings remains in place for at least the next two weeks.