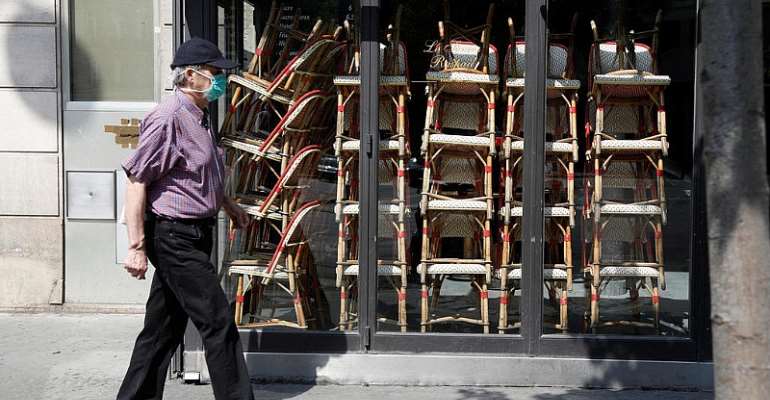 More than 10 million employees are temporarily out of work in France due to the confinement measures called to prevent the spread of Covid-19, the government said Wednesday.

Those out of work due to coronavirus confinement, which now represents more than half of workers in France's private sector, are receiving partial unemployment pay through government relief funds.

“Today in France there are 10.2 million employees whose salaries are being paid by the state,” Labour Minister Muriel Pénicaud said, adding the number was increasing every day.

“It's a considerable number. We've never done anything like it in our country.”

Pénicaud said some sectors of the economy were especially hard hit, with 93 percent of construction workers and 90 percent of hotel and restaurant staff out of work.

110-billion-euro relief package
President Emmanuel Macron vowed no company would need to risk bankruptcy due to the widespread business closures he announced as part of nationwide confinement measures on 16 March.

To date, some 820,000 employers, more than six out of ten, have applied for emergency grants that provide 84 percent of net pay for workers temporarily laid off because of a drop in business.

On top of the layoffs, the epidemic also caused 3.2 million absences from work, according to the health branch of the social security system.

These include 600,000 for sick leave, 400,000 due to vulnerability (such as chronic illness or pregnancy) and 2.3 million for childcare leave.

Long recovery ahead
French government ministers were to present plans on Wednesday for lifting restrictions on various sectors of the economy.

The education ministry has already announced a three-week phased reopening of schools beginning 11 May, which would open the way for many working families to return to their workplaces.

Prime Minister Edouard Philippe has already warned it will be long before a return to normal life, and health authorities have warned of future waves of epidemics.

“We see how big a task it will be getting back to work after the confinement,” Pénicaud said. “The longer this crisis lasts, the harder it's going to be afterward.”