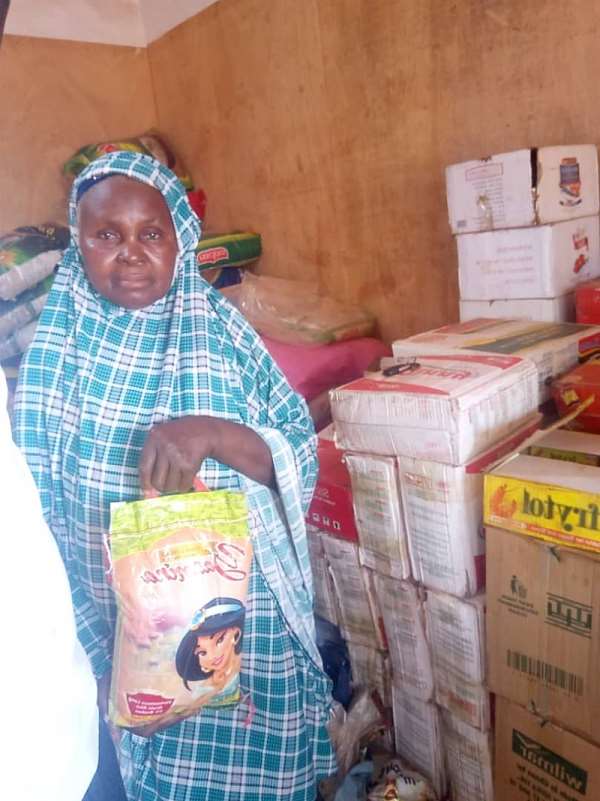 Some 50 vulnerable women in Salaga in the East Gonja Municipality of the Savannah region have received food items worth Thousands of Ghana Cedis from a UK based Muslim Women Association.

This is the second time in a week the Association; Federation of Muslim Women (FOMWA) has donated to vulnerable individuals in the Municipality.

The Amira of FOMWA-UK, Sarauniyar Hajia Hajara Shardow in an interview explained, the donation forms part of efforts to reach out to the vulnerable in the wake of the novel Corona Virus.

She indicated, the vulnerable are always the worse hit group in times of emergencies and so the need for the association to swiftly come to their aid.

"Things are not in their normal form, everyone is affected and the vulnerable suffer it more hence the need to support"

She applauded the efforts by various stakeholders in the Municipality to avert any recorded case in the.

"Let me say that it is a plus to all stakeholders including individuals in East Gonja municipality for their strict compliance to the protocols laid out for the prevention of Covid-19" she noted.

She called on the Muslim community to use the period of Ramadan to pray for Allah's mercies on Ghana and the world in the wake of the pandemic.

A beneficiary Yakubu Alimatu expressed gratitude to the UK based group for their support.

She admitted things have been difficult since the outbreak of the pandemic.

Each beneficiary received a bag of rice, cooking oil, packs of indomie, Sugar and Gari.

The items were distributed by Jawula Hardi, the focal person in the municipality.

Spio sues Wontumi for calling him a thief
1 minute ago