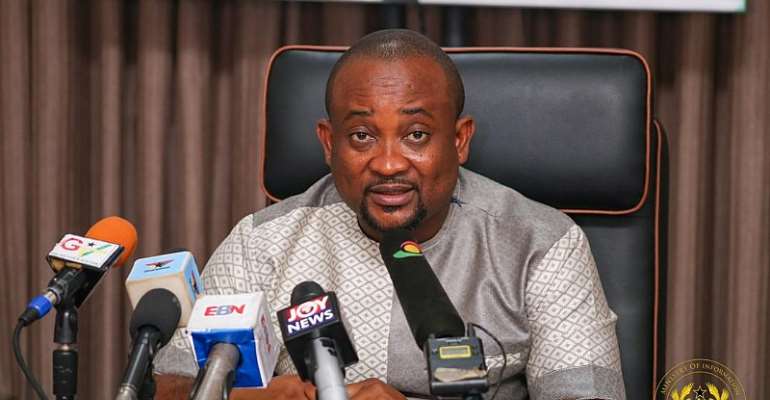 Deputy Information Minister, Pius Enam Hadzide is shocked at allegations levelled against government that it was 'managing' information about the country’s COVID-19 case count.

A former Director-General of the Ghana Health Service (GHS), Professor Agyeman Badu Akosa, has been demanding an explanation after he raised concerns over the accuracy of data provided by the government since the outbreak of the novel Coronavirus in Ghana.

He also alleged that Ghana’s current case count of 1,042 had already been published on the government’s dedicated website for COVID-19 cases but was deleted and changed minutes after – thereby raising suspicion of data manipulation.

But reacting to these assertions on Eyewitness News, Mr. Hadzide who could not fathom the allegations, discredited the claims and maintained that the former GHS Boss could have done better in authenticating the truth or falsity of the information provided thus far in the country’s fight against the pandemic.

“I am particularly scandalized hearing that a man of the standing of Prof. Akosa will allegedly make those statements. I am scandalized, and to accuse the government of managing the figures without providing any iota of evidence. I think for a man like Prof. Badu Akosa, [his allegations are] quite tarnishing and below the belt. It is unfortunate that senior persons, especially in the public health space, will be making comments that one may want to characterize as quite reckless. I think that is unfortunate. That point that some figures were momentarily published and deleted, I don’t know where it is coming from,” the Deputy Information Minister said.

“Maybe the good Professor is falling to the fake news that is all over the place. I do follow and monitor the [GHS website] quite rigorously and I have never come across any such posting on the date that Prof. Akosa speaks to. I am sure he is a victim of fake news meaning that he himself has not done any serious and diligent checking. The government does neither generate nor aggregate the data so you cannot use that to accuse the government of mismanaging the figures. You have to interrogate this with the people who manage the data and validate it but to accuse the government of managing the figure without first of all clearing whatever misunderstanding with the GHS from somebody who has worked extensively in that space is my worry,” he added.