The European Union is spending vast sums of money fighting the COVID-19 crisis. But Jutta Urpilainen, Commissioner for International Partnerships, has told DW it's not true that Africa is being left empty-handed.
By Deutsche Welle (DW) 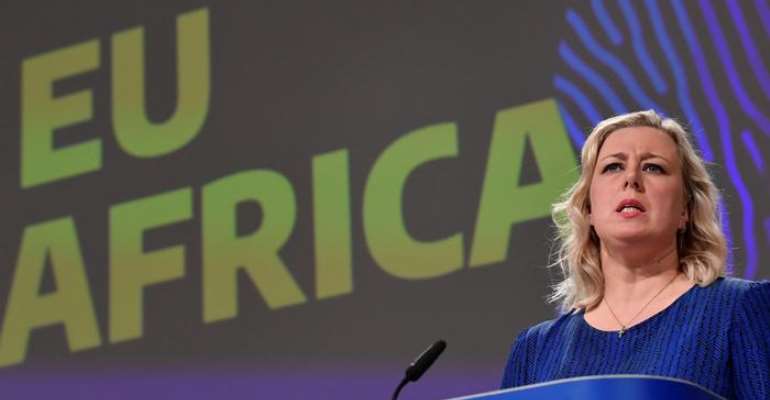 Jutta Urpilainen (44) is the European Commissioner for International Partnerships. The Social Democrat was Finnish Finance Minister until 2014. She is currently working from home in her native Finland.

DW: The European Commission and member states have promised roughly €20 billion to fight the COVID-19 pandemic in poor countries in Africa and elsewhere. Given the amount of money the EU is now going to spend in Europe, that seems quite small. Do you think it will be enough?

Jutta Urpilainen: I think it's a strong example of our solidarity towards our partner countries around the world, but especially in Africa. In the EU, we are approaching the end of our current seven-year financial cycle, and governments are negotiating the next multi-annual financial framework (MFF). So our financial resources are very limited at the moment. That's why we are looking at how much we are able to redirect in order to help our partner countries around the world, especially in Africa. The European Commission is providing €15.6 billion, which I think is a quite sizable and strong package. And then if we count contributions from our member states and the International Bank for Reconstruction and Development (IBRD), then the amount increases to over €20 billion. So I think it is a strong message of our partnership.

But in the mid-term and in the long run, what else can be done? Is there for example, a need not only for a moratorium on interest rates and payments, but also a need for real substantive debt relief, for example, for Africa.

That's true. I have been reaching out to many African leaders recently and they appreciate EU efforts. But at the same time, they are concerned about the high debt many African countries suffer from. And I think the decision taken by the G20 concerning a debt moratorium was definitely positive. But we do need to do more and the EU is providing support to our multilateral partners in order to take more action on debt relief. This is not a decision we are able to take, but we definitely all support this project. It would really help many African countries.

You were also aiming to finalize negotiations about a renewed Cotonou agreement on trade hit with African, Caribbean and Pacific countries by the end of April before Corona. Is that still happening?

Actually, negotiations are going on all the time. So at the technical level, we have made good progress. But of course, we are not yet there, and we will not be able to conclude the negotiations in April. And the reason for that is, of course, is COVID-19. But I'm optimistic that we will be able to finalize the agreement by the summer. It seems that we need to postpone the negotiations at the political level to May. But the process is going on and I'm optimistic.

Before coronavirus hit the world you were developing a new Africa strategy centered around climate protection, digitalisation, migration, a new partnership. Is that all obsolete now?

Jutta Urpilainen: I think coronavirus is actually the first test for the Africa strategy. There is definitely still a need for an Africa strategy, and I'm very happy that we were able to adopt it before the crisis hit. The global issues like climate change and digitalization are still there. And of course, we need to work together with our partners in Africa in order to fight climate change and also in order to help our partners in Africa to be part of digitalisation. So, the idea of the Africa strategy is still very realistic and needed. But our goal is still to be able to adopt a joint declaration with the African Union at a joint summit in October.

Who will in the end win the race for influence in Africa after Corona, will it be China or will it actually be Europe?

Well, if you look at the trade and investment figures, the European Union is still the biggest investor in Africa. And I think that will still be the case after the COVID-19 crisis. What is now important from our side is that we are able to conclude the MFF negotiations in order to start budgeting for next seven years. That's also important for the Africa strategy, that we know what our financial framework is for the next seven years so that we are able to start programs for the next seven years. Not only for Africa, but also for our other partner countries in Latin America and in Asia. But I think the role of Europe has been and is important in Africa, and I'm very convinced that that this partnership we are willing to build together with the African Union and African states will be even stronger in future.

The European Commission is building a new partnership with Africa you said. You promised to be a geopolitical commission. Is that aspiration now cut back to a pandemic commission in all this mess?

Of course, the European Commission has done a lot during the current pandemic and I am personally very proud of the decisions and actions taken by the Commission. But I still see that actually time like these, we can see the importance of the European of the international partnerships and international cooperation. So I think that there is definitely a need for geopolitical commission, for the commission who defends the multilateral international rule-based order, because we see at the moment that there are also actors and players in the world who are questioning the role of the U.N., for instance, or the role of multilateralism. And I think the importance of international partnerships and also multilateralism is definitely there. And I see that the role of the European Union and European Commission is to defend this international rule-based order. And that's, of course, what we are doing through this package we adopted two weeks ago.

Construct your own roads if you can build GHS5m mansions; st...
17 minutes ago