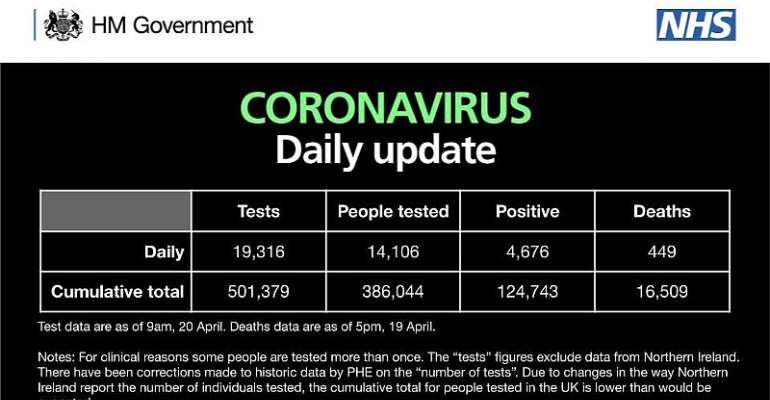 An estimated 449 more people died from the novel coronavirus in the UK as of 5pm on April 19.

This was made known by the UK Department of Health and Social Care in a tweet on Monday April 20.