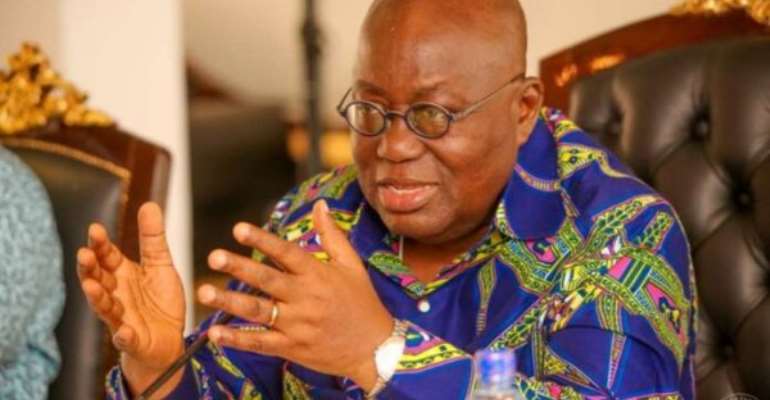 “I know the effects of the measures to contain the virus have been difficult for many, and that is why I mandated the creation of the GH¢1.2 billion Coronavirus Alleviation Programme to support households and businesses,” President Nana Akufo-Addo stated.

In the seventh COVID-19 Presidential broadcast to the nation, which focused on Ghana's enhanced response to the COVID-19 pandemic, President Akufo-Addo said out of the amount, GH¢280 million was being used to provide food for the vulnerable and free water for all Ghanaians for three months.

He said GH¢323 million is being used for April, May, and June to motivate the health workers and GH¢600 million of assistance is being provided to micro, small and medium-scale businesses.

The President noted that the disbursements of the GH¢600 million would start in May.

He said furthermore, the Government was fully absorbing electricity bills for one million active lifeline customers, and is granting a 50 per cent subsidy on other customers using their March 2020 bill as their benchmark for April, May and June.

He said in total, the relief on electricity would amount to some GH¢1.02 billion.

Again, the Government, through the ministries of Gender, Children and Social Protection, Local Government and Rural Development, and the Food and Agriculture through the National Buffer Stock Company, had provided over 2.5 million packs of cooked food to vulnerable persons in the affected districts of Accra and Kumasi.

This was done in collaboration with the Metropolitan, Municipal and District Chief Executives (MMDCEs) and the District Disaster Management Committees.

He said other food items had also been distributed, in collaboration with the faith-based organisations, to 470,000 families in the same areas, as against the original target of 400,000.

“I express my profound gratitude to the private sector, faith-based organisations, and traditional authorities for their support in this endeavour,” President Akufo-Addo said.

“I also commend highly the many individuals and private organisations who, on their own, organised hot meals and fed a number of vulnerable people within the restricted areas. To these individuals, ayekoo for being good neighbours to your fellow Ghanaians.”

The President said: “As we continue to battle this pandemic, it is imperative we plan to restore Ghana onto a sound economic footing, and create a path towards growth and transformation.”

He said the recent one billion-dollar Rapid Credit Facility, secured from the International Monetary Fund (IMF) without any precondition and approved by Parliament, would be used to help close the financing gap created by the pandemic through shortfalls in revenues and additional expenditures.

“I welcome the three billion cedi (GH¢3 billion) credit and stimulus package from the commercial banks, with the support of the Bank of Ghana, to revitalise industries, especially in the pharmaceutical, hospitality, services, and manufacturing sectors,” he stated.

The Minister of Finance, and his South African counterpart, as co-Chairs of the Committee of African Finance Ministers, had been leading a Pan-African effort to bring debt relief to the Continent in these difficult times, he said.

The President said last Friday they achieved a nine-month debt standstill from the World Bank for all qualifying members of the International Development Association (IDA), starting from May 1, 2020, totalling some 44 billion dollars for the countries of Africa.

He said in the case of Ghana, it amounted to a freeze on principal and interest payments for the year, totalling 500 million dollars to create greater fiscal space to help make the economy more resilient.

He said he had charged the Finance Minister to leave no stone unturned to achieve greater and comprehensive debt relief programme for Africa.

Mankarigu Health Center temporarily closed down after attack...
50 minutes ago