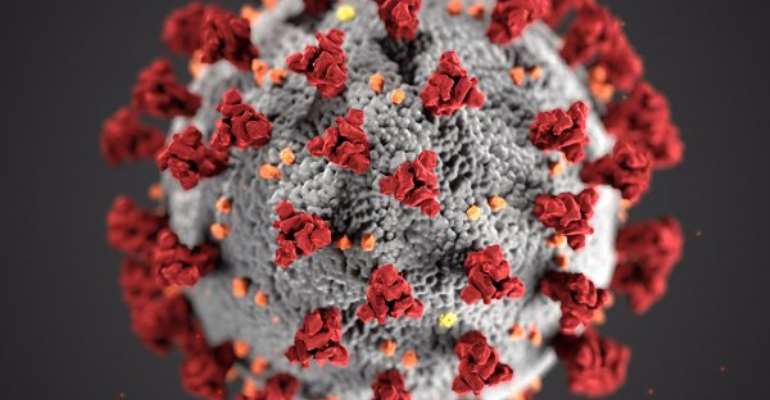 The research carried out by scientists at the Noguchi Memorial Institute for Medical Research (NMIMR) and the West African Centre for Cell Biology of Infectious Pathogens at the University of Ghana, has led to exposing the genetic composition of viral strains of 15 of the confirmed COVID-19 cases in the country.

“This is a significant milestone in Ghana's response to the pandemic, as it will strengthen surveillance for tracking mutations of the virus, and aid in the tracing of the sources of community infections in people with no known contact with confirmed cases,” the President said in a televised broadcast on Sunday to give an update on enhanced measures to curb the spread of the pandemic in the country.

“The Ghanaian scientific community is to be warmly applauded for this advance and contribution to global knowledge. Their work makes us proud to be Ghanaian, and, who knows, God may work through them to discover a vaccine. What a triumph that would be!

President Akufo-Addo noted that “the genomic characterization of African Coronaviruses by our own scientists, ” illustrated the need to establish the enabling framework for sustainable vaccine manufacturing in Africa.

He stressed the need to advance African-led partnerships to drive scientific innovations for the control of viral diseases by vaccination, stating that Ghana would lend support to the African Vaccine Manufacturing Initiative (AVMI), to promote the agenda for vaccine development and manufacturing in Africa by Africans for the world.

The AVMI, a co-ordinating consortium of companies, institutions, international organizations and individuals, chaired by Prof. William Ampofo of the NMIMR,

is a continental enterprise to strengthen Africa's capacity to develop and manufacture vaccines.

However, all other enhanced measures and protocols, including closure of borders, ban on social and religious gathering, and the strict adherence to social and physical distancing, are still in force to halt spread of the COVID-19 in the country.

President Akufo-Addo explained that even though Ghana's case count had increased over the past three weeks to 1,042 persons from test results of 68,591 contacts, and with 67,549 of that number testing negative for the virus, the decision to lift the restriction on movement was backed by data and science.

He pointed out that the main reason the country had witnessed an increase in the number of confirmed cases over the period of movements restrictions due to the aggressive tracing and testing of contacts of infected persons, which “has enabled us to identify and isolate infected persons, protect the population from further infections, and contain better the spread of the virus.”

Thus, “In view of our ability to undertake aggressive contact tracing of infected persons, the enhancement of our capacity to test, the expansion in the numbers of our treatment and isolation centres, our better understanding of the dynamism of the virus, the ramping up of our domestic capacity to produce our own personal protective equipment, sanitisers and medicines, the modest successes chalked at containing the spread of the virus in Accra and Kumasi, and the severe impact on the poor and vulnerable,” necessitated the lifting of the restriction on the movement of persons, the President held.

The President noted that though the country would continue to record new cases of infections, particularly with the policy of aggressive tracing and testing, but assured that Government had put in place the appropriate measures to isolate and treat them.

“Should there be an unexpected outburst in infections within a community, I have put the health workers and the security services, including the Police Service and the Armed Forces, on standby, to co-ordinate a rapid response of human and logistical resources, if necessary, to cordon, impose a curfew, trace, test, and treat infected persons in the affected community.

“Indeed, the focus of Government's policy and action will be based on the implementation of the 3Ts, i.e. tracing, testing and treating. In any event, stay at home, unless it is absolutely essential,” he stated.

“Our success in defeating the virus is largely within our control. That means each and every one of us must exercise, at all times, during this period without the partial lockdown in Accra and Kumasi, a strong sense of selflessness, self-control and self-discipline.

“It is important to stress strongly that coming out of the partial lockdown in Accra and Kumasi does not mean we are out of the pandemic. We will continue to monitor closely events in some hotspots in the Greater Accra Metropolitan Area like Weija Gbawe, Ga East, and Ayawaso East Municipalities, and Tema Metropolis, and in the Eastern Region, like Asuoygaman and Lower Manya Krobo Districts.

“Whenever the situation so warrants, a community in which the virus is identified as becoming prevalent will be locked-down, until there is a clear understanding of the trajectory of the virus that will allow us to contain it. We must obey the measures still in place, including the new ones, because we know our survival depends on them, and, the harder we are on ourselves in obeying them, the quicker and more enduring will be the victory,” he said.

President Akufo-Addo was not happy about the continued “deliberate

dissemination of fake news, disinformation and outright lies by some unpatriotic citizens” about the spread of the virus since its outbreak in the country, asking those involed in the act to put a stop to it.

“These acts are being orchestrated by those who hope to benefit by seeking to sow the seeds of panic and confusion amongst the populace at this time of national crisis. I have an unequivocal message for those involved in these despicable acts – put an immediate stop to it, or be held accountable for your actions.”

The President also condemned the stigmatization of persons who had recovered from the COVID-19, saying, “This is not right, as it will rather drive people away from getting screened, tested and treated.”

He said the disease was not a death sentence, thus, “the stigmatization of recovered persons must stop, because if the virus did not end their lives and livelihoods, the stigma from members of their communities should not.”