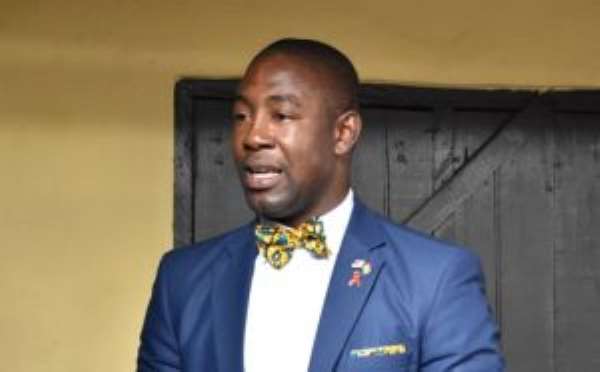 Members of Parliament from both sides of the House were full of praise for the Member of Parliament for Ledzokuku, Dr Bernard Okoe Boye as Parliament unanimously approves his nomination as Deputy Minister for Health in the wake of the coronavirus scare.

First Deputy Speaker of Parliament and Chairman of the Appointments Committee , Joseph Osei-Owusu in moving the Motion for the adoption of the Committee's Report observed the nominee has discharged himself well during his vetting and urged the House to approve him by consensus.

Contributing to the motion, Majority Leader, Osei Kyei-Mensah-Bonsu noted Dr Bernard Okoe Boye has gone through the mill will be up to the task ahead of him as Deputy Health Minister.

Minority Leader, Haruna Iddrisu on his part said the Ledzokuku MP has distinguished himself well and holds a great promise for the future.

According to MP for North Tongu, Samuel Okudzeto Ablakwa noted with admiration the valuable insights of the nominee on health related issued on the floor of Parliament.

The entire nation he said looks up to the young medical doctor to exhibit his expertise to help manage and contain the coronavirus pandemic which the World Health Organisation (WHO) warns Africa against since the continent could become its next epicenter.

Mr Ablakwa believes Dr Okoe Boye will be a worthy addition to the myriad of health workers fighting the pandemic.

In his contribution, Minister for Works and Housing, Samuel Atta Akyea described Dr Okoe Boye as able with a remarkable record during his working at the Kyebi Government hospital.

He noted his industrious nature which enabled him to write two books, the "Audacity of Ambition" and "Blood Pressure In Black People" to promote healthcare in the country.

The Member for Odododiodio, Edwin Nii Lante Vanderpuye said the nominees disclosure during his vetting concerning government communication management approach on COVID 19 enforces the urgent need for a workable communication strategy on the coronavirus pandemic.

He assured of Parliament support to succeed in his additional responsibility.

Minister for Communication, Ursula Owusu Akufo said the young lawmaker is knowledgeable on health issues and is a valuable addition to the President's team to help deal with the covid 19 pandemic.

The Former Roads and Highways Minister also commended Dr Okoe Boye for his foresight in writing a book, "Blood Pressure In Black People" which is a useful addition to Ghana's healthcare system.

Deputy Minister for Transport and Member for Tema East, Daniel Titus-Glover on his part described the nominee as an excellent communicator who will effectively complement his Minister to succeed.

President Nana Addo Dankwa Akuffo-Addo on April 8, 2020 in accordance with article 79(1) of the 1992 constitution nominated Dr Bernard Okoe Boye,38 for appointment as Deputy Minister for Health.

The Speaker of Parliament consequently referred his nomination to the Appointment Committee for urgent consideration due to the emergency public health issues confronting the State and report to the Plenary pursuant to Order 172 of the Standing Orders of Parliament.

He obtained a Bsc Degree in Human Biology from the Kwame Nkrumah University of Science and Technology, Kumasi in 2009 and later that same year awarded a Bachelors degree in Medicine and Surgery.

Dr Okoe Boye also obtained an A1 Certificate in German from the Goethe Institute, Accra in 2012 whiles obtaining his Masters in Public Health from Hamburg University of Applied Sciences, Hamburg, Germany.

The in-coming Deputy Health Minister did his Housemanship at the Central Regional Hospital,,Department of Surgery, Pediatrics and Obstetrics and Gynecology, Cape Coast from 2009 to 2011.

Dr Okoe Boye was elected MP for Ledzokuku on December 7, 2016 and has since January 7, 2017 been representing his people.

He is a member of the Health and Government Assurances Committees of Parliament.

Dr Okoe Boye is slso the Board Chairman of the Korle Bu Teaching Hospital.