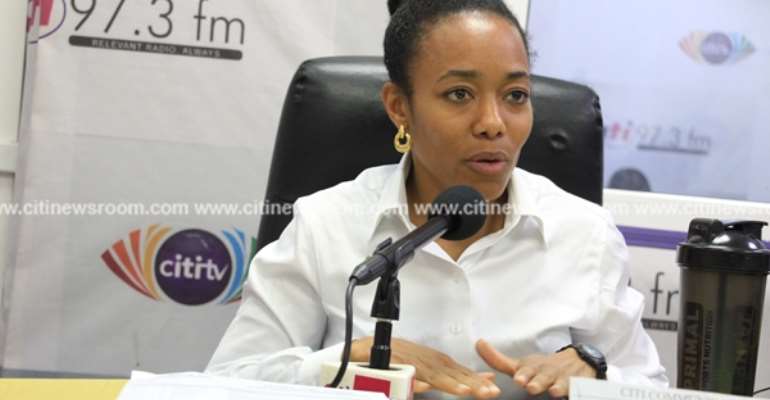 Dr. Zanetor Agyeman-Rawlings’ claim that some charitable food-distribution officials of the ruling New Patriotic Party (NPP) have been demanding the party ID Cards of vulnerable citizens at the risk of starvation, due to Coronavirus Pandemic-induced lockdown, before being supplied with emergency food rations, predictably hews to the jaded and politically divisive but very well established “Enemy of State” mantra and longstanding political cultural practice by the key operatives of the Jerry John Rawlings-led erstwhile junta of the Provisional National Defense Council (PNDC), and also that of the Rawlings-founded main opposition National Democratic Congress (NDC) in Fourth-Republican Ghana (See “Accra Mayor Fires Zanetor Over Food Distribution[sic]” DailyGuideNetwork.com / Ghanaweb.com 4/16/20).

For starters, the fee-free Comprehensive Basic Policy Agenda initiated by the Akufo-Addo-led New Patriotic Party is clearly diametrically opposite of the standard practice of any political party or government that is apt to crudely and regressively pursue the patently savage and barbarous political culture of divide-and-conquer. Rather, it is the leadership of the National Democratic Congress, with its self-centered Darwinian Cash-and-Carry Healthcare Policy, that is more likely to morally and culturally pursue an ungodly and unconscionable policy of party ID-guided distribution of emergency food supply in the color- and party-blind or ideologically neutral apocalyptic era of the Coronavirus Pandemic.

You see, for the daughter of a prominent political clan in the country whose narcissistic and faux-revolutionary patriarch college-schooled all his four officially known and acknowledged adult children abroad, while sadistically and primitively locking down all the major public tertiary academies in the country, to be so virulently and shamelessly accusing the leaders of the ruling New Patriotic Party of social intervention policy exclusivity, constitutes the very height of cruel and inexcusably criminal mendacity.

We need to also remind Dr. Zanetor Agyeman-Rawlings of the fact that it was the Dublin, Irish Republic-educated pediatrician or general practitioner whose strongman and, later, faux-democratically elected father institutionalized the kleptocratic practice of illegally appropriating state-owned houses and sharing the same between himself and the rest of his robber-baron associates and cronies of the erstwhile Provisional National Defense Council and, later, the National Democratic Congress, at the expense and to the deliberate exclusion of their main political opponents, to wit, the leadership of the New Patriotic Party and, before the existence of the latter, the Ghanaian people at large.

Zanetor’s own mother and the longest-reigning Ghanaian First Lady, Mrs. Nana Konadu Agyeman-Rawlings, is also infamous for having thumbed her nose at the inhabitants of the globally renowned Asante-Kente-weaving township of Bonwire, during the 1990s, when her husband ruled as a faux democratically elected President, that the dusty lateritic road connecting the township to the rest of the Asante Region would never be paved or macadamized because the people of Asante-Bonwire were known to routinely vote for “our enemies,” that is, parliamentary representatives sponsored on the ticket of the then-Agyekum-Kufuor-led New Patriotic Party. In other words, political divisiveness is deeply wired into the DNA makeup of Dr. Zanetor Agyeman-Rawlings.

And, of course, Ghanaian voters and citizens have not the least bit forgotten the fact that it was common political thieves and thugs like Dr. Edward Omane-Boamah, the former Communications Minister, and Mr. Samuel Okudzeto-Ablakwa, the former Deputy Tertiary Education Minister, staunchly backed by an ailing scofflaw President John Evans Atta-Mills, who cavalierly and criminally defied the Wood Supreme Court in the judicial cause célèbre case involving the legitimate purchase of real-estate and landed public property by the late Mr. Jake Otanka Obetsebi-Lamptey, then the National Chairman of the extant main opposition New Patriotic Party, on the scandalous grounds that it was only the key operatives of the National Democratic Congress, among them Mega-Scam-Artist Alfred Agbesi Woyome, who had been inalienably and exclusively endowed by Ghana’s 1992 Indemnity Clause-hobble Constitution to quarter up and literally share the publicly owned wealth of the nation among themselves.

The National Democratic Congress’ Member of Parliament for the Klottey-Korle Constituency, in Central Accra, also needs to be reminded that she was not even a regular dues-paying active member of the party that her father nominally founded and which she claims to represent in Ghana’s National Assembly, when the autocratic General-Secretary of the National Democratic Congress, Mr. Johnson Asiedu-Nketia, dastardly twisted the arms of both the legitimate representative of the Klottey-Korle Constituency and the Wood Supreme Court to literally gift the Klottey-Korle Seat to the eldest daughter of the impenitent butcher of the martyred Accra High Court Judges and the retired Ghana Army Major.

Indeed, it has been said times without number that those who live in glass houses ought to be mindful not to unwisely dare their neighbors to a stone-throwing contest. Dr. Zanetor Agyeman-Rawlings is reasonably well-educated enough not to be unaware of this self-protective maxim.