COVID-19: Over 1,400 Americans Evacuated From Ghana 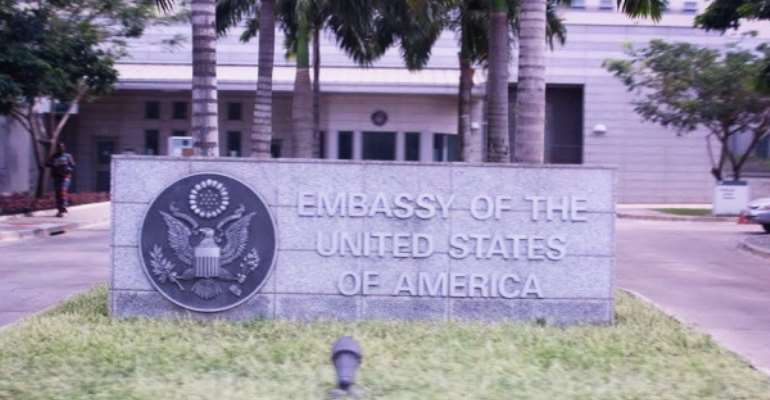 Over 1,400 American citizens and permanent residents of the US have been evacuated from Ghana by the US Embassy.

This comes in the wake of the COVID-19 outbreak in Ghana.

The Embassy made this known in a statement published on its website to highlight America’s partnership in Ghana and other parts of the world in the fight against the virus.

“The United States reaffirms this commitment to our partnership with Ghana. As Secretary of State Mike Pompeo said on April 10, we are also thankful to the government of Ghana for its strong support in helping the U.S. Embassy in Accra repatriate over 1,400 American citizens and permanent residents of the United States who requested assistance to return to the United States at this time,” Stephanie S. Sullivan the U.S. Ambassador said in the statement.

The Embassy has organized a number of repatriation flights with the last one being on Wednesday, April 15, 2020, which sent 300 Americans back home.

The first flight carried 305 Americans on Wednesday, March 25, 2020 after the Embassy got the Ghana Government’s support to arrange for repatriation flights.

According to Ambassador Sullivan, the US government has maintained a strong partnership with Ghana in the fight against COVID-19.

He also added that the US Government has also partnered with the Ghana Armed Forces to be at the forefront of the fight.

“The GAF has deployed one state-of-the-art Level II Field Hospital in the Greater Accra area as part of the government of Ghana's COVID-19 response to directly serve those most in need. The hospital is one of two that I handed over February 4 this year on behalf of the United States. The donation was made through the U.S. government's Africa Peacekeeping Rapid Response Partnership (APRRP) program,” she stated.

“Also in early February, even before Ghana had its first known case, the U.S. National Institutes for Health, through its longstanding partnership with the Noguchi Memorial Institute for Medical Research, made available material to enable several hundred samples to be tested,” she added.