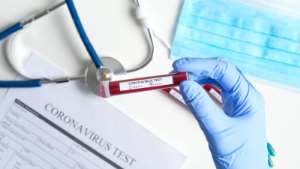 Some residents sharing a wall with the hotel where the eight ladies who tested positive for the Coronavirus are being quarantined in Tamale have called for their evacuation from the area.

The residents want them to be sent to an infectious disease treatment centre established at the Tamale Teaching Hospital (TTH).

According to the residents, it has been three weeks since the eight Guinean ladies were quarantined in the hotel, situated in the residential area, thereby putting the lives of those living close to the hotel at risk.

They added that the Guinean ladies have exceeded the 14 days mandatory quarantine after testing positive for the COVID-19, but they are still being kept in the hotel.

They also complained of being stigmatised as a result of their proximity to the hotel hosting them.

Appeal
Hajia Fati Alhassan, who said she share a wall with the hotel where the Guinean COVID-19 patients are being quarantined claimed they cannot moved freely in the area and their other relatives and friends have stopped visiting them.

"I am leaving here with my grandchildren and these children cannot go out in the compound to play because of the presence of these COVID-19 patients in the hotel I share a wall with," she stated

Hajia Fati stated further that nobody, including the COVID-19 regional team, was telling them anything in relation to the status of the Guinean ladies who are in quarantine in the hotel.

"We are also being stigmatised by other residents and recently one of my grandchildren who went to buy porridge was asked by the porridge seller not to come closer to her because his house was nearer to where the COVID-19 Guinean patients are being quarantined and therefore might infect her with virus," she said.

Awudu Nashirudeen, who also share a wall with the hotel also expressed concerns about the continued presence of the Guineans in the hotel since they have been kept there for about three weeks now.

"Nobody is telling us anything and those of us who lived closer to the hotel are scared and cannot move freely," he said.

"Our appeal to the authorities including the Northern Regional Minister and the Tamale Metropolitan Chief Executive is to evacuate them from the hotel as they have exceeded the 14 days mandatory quarantine to the treatment centre at the TTH," he stated .

"Since the lady escaped from quarantine they have brought soldiers and policemen to my compound to guard the area," he said, adding "The current situation is scary and we do not know what to do as we also have children living with us hear."

Another resident, Hajia Isha Frimpong, said other residents have informed their friends that they were staying with the Guinean COVID-19 patients and therefore those who knew them have started shunning their company and also pointing fingers at them.

"I am therefore adding my voice to the appeal for the Guinean COVID-19 patients to be evacuated from the hotel where they are being quarantined to the treatment centre to put residents who live close by the hotel at ease as we live in fear now of being infected and stigmatised," she stated.

Background
Eight Guineans and two Burkinabes who arrived in Tamale on March 24,2020 tested positive for the COVID-19 and are being quarantined in a hotel in Tamale. However one of them escaped from the hotel but was later arrested in Accra.

Authorities
Efforts by this reporter to reach the Northern Regional Minister, Mr Salifu Saeed and the Mayor of Tamale with the concerns raised by the residents proved futile.