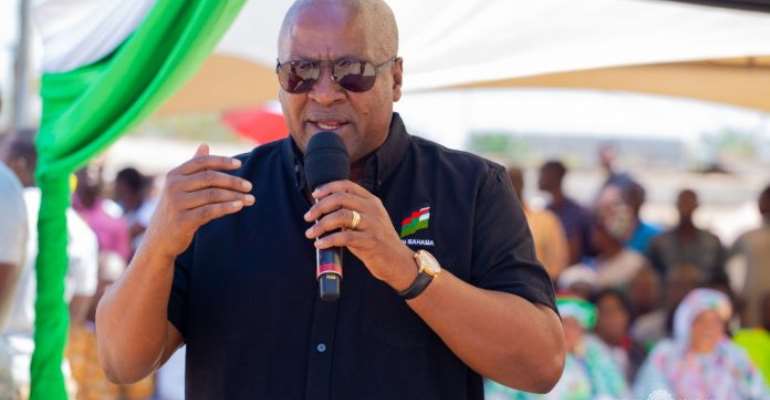 Former President John Dramani Mahama said the mode of distribution of food to poor Ghanaians in the locked-down areas is worrying.

According to him, the overcrowding at the various food distribution centres defeats the purpose of the social distancing protocol which is key in preventing the spread of coronavirus which has killed eight out of the six hundred and sixty-three cases confirmed so far.

On Tuesday, he distributed food items to over 20,000 households in Accra.​​​​

He told the press: “Yesterday [Monday], I received a mail from a young teacher in Adentan, who lamented that she is suffering and starving because her school has closed down and her employers have still not paid them for the months of February and March”.

“In many such cases, we had tried to lend support, as far as our means would allow. This is why I have welcomed the utilisation of the Stabilisation Fund to alleviate some of the unintended consequences of the lockdown occasioned by this pandemic.

“This includes the distribution of food to deprived communities.

“Reports from the field are a worry, both in terms of the quality of the hot meals served and the mode of the distribution of the food.

“The overcrowding and general scramble that characterise this exercise defeats the protocol of social distancing and can help accelerate the spread of the virus.”