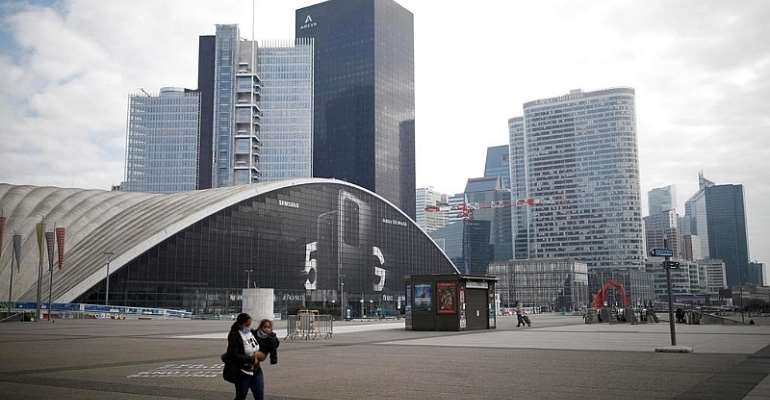 The French economy is expected to drop by eight percent  of GDP this year, reflecting the impact of an extended coronavirus lockdown that will continue until at least May 11th, finance minister Bruno Le Maire said Tuesday.

Le Maire had previously targeted a six percent GDP decline for this year but that was based on a lockdown that lasted just one month, instead of the two-month period announced by President Emmanuel Macron in a televised address Monday night.

Le Maire told BFM television that the nine percent forecast would be included in a new 2020 budget programme set to be unveiled this week.

But given the uncertain outlook for economies across the globe, not least in the United States and Asia, "these forecasts need to be considered with caution,” he warned.

Budget deficit
The massive relief effort for bars, restaurants, hotel, shops and other businesses closed during the lockdown will push France's budget deficit up to nine percent of GDP this year, Budget Minister Gerald Darmanin said separately in an interview with France Info radio.

"Each day, each week of confinement... is worsening our public finances," he said, adding that France's debt pile would soar to 115 percent of GDP, up from just under 100 percent last year.

Both forecasts are above the limits set by the EU's Stability and Growth Pact, which call for deficits to be capped at three percent of GDP, and a debt-to-GDP ratio of 60 percent.

Mankarigu Health Center temporarily closed down after attack...
18 minutes ago