China Should Prepare For The Wuhan Virus Bill 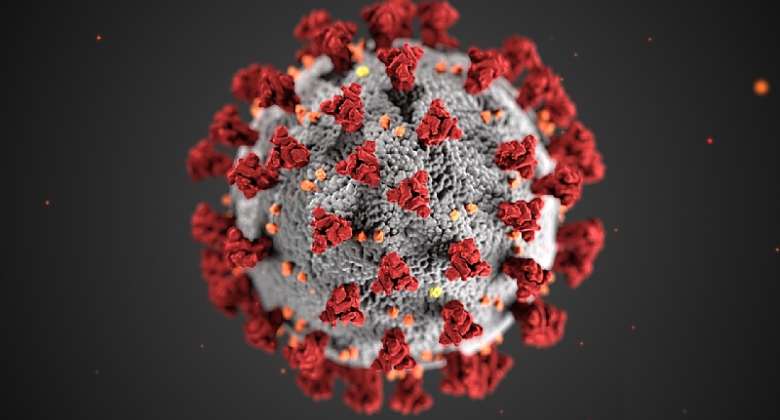 A couple of centuries ago, most people thought plague was a punishment from God. We have come a long way from that primitive way of thinking. Modern science has thought us that they were infectious disease caused by the bacterium Yersinia pestis. Outbreak of pandemics have been with humanity forever. The historical records of pandemics, pre-Justinian, are quite sketchy. However, the Justinian plague has quite good accounts to qualify as the earliest known plague with ample historical records. It claimed the life of, at least, 40% of the areas affected. The bacteria that caused the plague wreaked intermittent havoc right up to the middle of the eighth century. The titanic of all plagues, christened ‘Black Death’, reached Europe via the silk route in the middle of the 14th century.

The damage it unleashed was horrendous. It wiped out between a third and, in some towns and cities, about 60% of inhabitants. Between the 14th and 17th centuries, there were countless outbreaks, which were equally heart breaking. The most serious in recent memories is the Spanish Flu of 1918. It affected almost a quarter of the world population and claimed between 17 to 50 million lives. Anybody who lived through such devastation will undoubtedly be scarred. And as human beings endowed with functioning brains, all those terrible traumatic experiences from Justinian plague to the Black Death right down to the Spanish Flu, have armed us with enormous wealth of lessons. As a result, the global community has developed prophylactic measures to deal with it and avoid the economic effect of this invisible deadly microbial world.

In 1948, from the ashes of the health department of the League of Nations, the World Health Organisation was established. Since then, the biggest pandemic they had to deal with was the 1956 Asian Flu. Though the HIV/AIDS is considered a pandemic, its transmission can easily be tamed if you lead a decent and careful life devoid of promiscuity. So, on the whole, the world has become very effective in controlling pandemics and the record speaks for itself since 2002 SARS, 2009 H1N1, 2012 H3N3v and 2014 Ebola. All of these outbreaks were brought under control due to early detection and aggressive containment measures. The effectiveness of the containment was dependent on the speed at which the outbreak was reported and communicated to the international community. It appears we are doing well and what remains a threat is what evil scientists are doing in laboratories at the behest of their pay masters.

Now, regarding the current Wuhan virus outbreak, also known as COVID-19, all the rules were broken by the Chinese Communist Party leadership with WHO supervision. Though the direct source is in dispute, as to whether it came from the wet market or the Wuhan Institute of Virology lab is immaterial. There is no doubt about its Wuhan origin. As early as 31 December 2019, the Taiwanese authorities, as good citizens of the world, shared their findings with the WHO and the Chinese authorities that the Wuhan virus is human to human transferable. It took almost three weeks for the CCP to notify the rest of the world what the Taiwanese government communicated to them 20 days earlier. And this brings me to the crux of my piece. If the virus broke out in late November, by the middle of December the authorities in Wuhan will definitely know about it. But let’s give them the benefit of the doubt. If the Taiwanese authority informed them on the 31st of December, which I don’t have any reason to doubt, why did it take 20 days before informing the rest of the world? Bar any solid alibi, I submit that the Chinese Communist Party is culpable for this needless mess the world is going through.

On 23/01/2020, the CCP ban all flights from Wuhan to any part of China. However, they continued to allow flights from Wuhan to other parts of the world. How smart is that. If this cannot be described as evil and treachery then I don’t know what it is. They took aggressive action to curtail the spread of the virus in China, including shutting down school in the whole of China, which means they knew how deadly this virus is. The Chinese Communist Party deliberately exported this dangerous Wuhan virus to every corner of the globe when it should have been a local health problem. This is a biological warfare if you ask me, and I am not mincing my words. If they knew how to shut Wuhan from the rest of mainland China, why did they not shut it from the rest of the world, but kept if opened. And the most irritating aspect, which makes my blood boil, are the lies, the misinformation and the propaganda warfare. Besides, when President Trump imposed the travel ban, they had the incredible shameless guts to complain about it when the horse has already bolted from the stable. What every country pays to WHO is an insurance policy to prevent pandemics like this Wuhan Coronavirus. The rest of the world have been short-changed with an economic bill and psychological damage that runs into tens of trillion dollars. And since the Chinese Communist Party leadership’s negligence, in cahoots with WHO, allowed this local health issue to turn into a global pandemic, they will have to pick up the cost. I am just a small fry, but the locusts are coming. I will advise the CCP to talk to their lawyers for mitigation, then their bankers. The world can’t take this blatant wilful negligence anymore. If they want to remain poor, like Mao dragged them through for a quarter of a century, the rest of the world is not ready to share their fate.