Logic Has Become A Casualty Of Covid-19 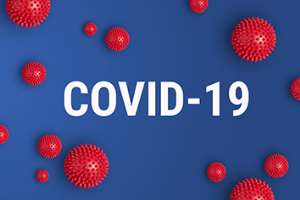 The Covid-19 madness is still raging. The misinformation and brazen propaganda by the media, government bureaucrats, trained doctors and researchers in the pockets of the big pharmaceutical companies, which became the staple on radio, television, and on the world wide web with the help of YouTube, Facebook and Twitter when the Wuhan virus started spreading in China, was phenomenal. One of the most spurious enduring images was people dropping dead on the streets of China. Even a respectable physician linked the Wuhan virus to 5G mast, and it was swallowed by a lot of people hook line and sinker. This is someone who should have known better, but was ignorant as the average Joe. Then after that came the lies and the massaging of covid death figures when it hit all the four corners of the globe. The game changed completely with Trump’s announcement that hydroxychloroquine was a therapy. The mainstream media attacked the man savagely like a bear robbed of her cubs. And all this insanity went on at a time when there was no known cure or therapy. It was an incredible time.

Within a short period after Trump’s statement saturated the airwave, hit pieces were published claiming that hydroxychloroquine causes heart arrhythmias, which was presented as very dangerous and life threatening. The most famous one was a study published in the prestigious British medical journal – Lancet – which stated that anti-malarial drug hydroxychloroquine did not help to curb COVID-19 and might cause death in patients. As an African who grew up with chloroquine as a medication for malaria, that was when I became suspicious and critical about the nonsense being peddled by the media. My first question at the time was if the drug is dangerous as they claimed, why was it on the World Health Organisation list of essential drugs? Besides, it wasn’t just for malaria treatment in African, but also for Lupus and rheumatoid arthritis. It is an FDA approved drug for well over sixty years. I couldn’t help it, but come to the conclusion that something wasn’t right. Just under two weeks after the assassination piece on hydroxychloroquine, Lancet retracted the article and issued an apology, but it was too late; the harm had already been done. Big Tech took upon themselves to become prosecutors and judges on the issue of hydroxychloroquine as a cure for Covid-19. Dr Stella Immanuel, a real doctor who treated Covid patients, press conference in front of U.S. supreme court promoting the use of the drug was taken down by the autocratic tech companies. Some of these blatant abuses of power triggered a lot of YouTubers and bloggers on other Big Tech platforms to question and critique the management of the pandemic by governments around the globe especially the lockdown, which was destroying economies, and sadly, lots of countries are still paying the price. Almost anything that went against the narrative of the mainstream media fed by Anthony Fauci and Bill Gates were shut down by Big Tech especially YouTube. People lost their channel for just being critical of the official Covid narrative. All this while, Bill Gates, Anthony Fauci and the media were drumming lockdowns and vaccine as the only route to stop the pandemic. While here in Britain, those who were formulating the rules, Prof Neil Ferguson director of the MRC Centre for Global Infectious Disease Analysis at Imperial College London, were flouting it.

By October 2020, expects with common sense and heart for humanity have gleaned enough information to realise that the course being taken by governments around the globe was harmful and detrimental to especially children and the world economy. Consequently, Dr. Jay Bhattacharya, a professor of medicine at Stanford University and a research associate at the National Bureau of Economic Research, Dr Sunetra Gupta, infectious disease epidemiologist and a professor of theoretical epidemiology at the Department of Zoology, University of Oxford and Dr Martin Kulldorff, a professor of medicine at Harvard Medical School and biostatistician at the Brigham and Women's Hospital, wrote what has now become known as the – Great Barrington Declaration. Newspapers skewered the signatories, and the above experts were described as fringe and derided their conclusions. I never knew professors from Harvard, Oxford and Stanford can be equated to professors from community colleges and described as crackpots

One and half years on we all know that it was Big Tech, the mainstream media and self-serving politicians that were spreading misinformation and actually killing people by their actions. At the time, when these satanic forces were railing against hydroxychloroquine there was no known cure, so you will think that if this drug has a minute chance of helping some Covid patients, it makes sense to try it at a juncture when the disease was more or less a death sentence for many people. Because, back then, they knew that the drug, at least, prevents the replication of some viruses. It is therefore sensible and logical to try it especially when there was nothing available. On the other hand, they rather put patients experiencing cytokine storms on ventilators killing them in the process.

Few months later, Ivermectin, joined the fray. According to WHO, it is one of the safest drugs on the planet with little side effects. It even won a Nobel Prize for the creators, William C. Campbell and Satoshi Omura. The brawling that followed was lethal. Joe Rogan, one of the biggest podcasters on the planet had Covid-19 and the drug was prescribed by his doctor to treat the disease. So, when Joe got better, he posted a short clip claiming that Ivermectin helped him out. In essence, he was promoting the drug, and the media goons were let lose. CNN reported that he took horse dewormer to treat Covid 19, which was patently false. The mainstream media all over the Western world shut down the use of this cheap therapies and promoted remdesivir, which cost more than $3,000 per five-day treatment. The latter is an unfordable drug and it would have bankrupted even the United States government if they had rolled it out. So, all that was left was the much-awaited vaccine – the dream child of Dr Bill Gates and Lord Anthony Fauci. Strangely, the vaccines, which were developed under Donald Trump, during its developmental stages solicited vitriolic attack from Joe Biden, which he said he will not take a vaccine rolled out by Trump. However immediately Biden took over office, his tune changed overnight. He repeated that the vaccine will solve the Covid problem with a panoply of promises as if he was God, besides a catalogue of billion and one lies from his bureaucrats. Lord Fauci bellowed several times that the vaccine was effective, the CDC director Dr Rochelle Wallensky trumpeted that those who take the vaccine do not carry the virus and don’t get sick. We know after more than a year of the vaccine roll out that they were all lies. They scared people with inflated figures of Covid death; twisting the arms of shell-shocked populations around the world to take the vaccine. In the United Kingdom, published data suggest 154,000 deaths but according ONS - Office for National Statistics – only17,371 died purely from Covid-19 without any underlying medical conditions with average age of 82.5 years. Come to think of it, every year in Britain 700,000 people give up the spirit and the national economy is not shut down on their account. What really makes me angry is the fact that all that they promised about the vaccine has fallen flat. It does not prevent a vaccinated person from catching the virus, it doesn’t prevent transmission, neither does it prevent hospitalisation or death. So, my question is what is the mileage of the vaccine when it cannot do any of the above and some policy makers want to pump it into the arms of children whom this virus hardly affects. Besides, it is sheer stupidity to even think of vaccinating people who have contracted the virus naturally and have developed antibodies.

What is the Ghana Education Service thinking with their policy of vaccinating SHS students? There is no logic here. Why vaccinate a demographic group that does not suffers from this virus? Sweden did not follow the nonsense adopted by almost every country when the virus ripped through the world. They did not close their schools, but carried out as normal and not a single child died of Covid. The vaccine is infective. People who are triple jabbed are still catching the virus and dying and they blame it on the unvaccinated. If that is the case why is that there was an outbreak on a fully vaccinated passengers on a cruise ship – The Royal Caribbean Symphony of the Seas – in Miami, American. The cruise ship was on the high seas farther way from Covid-19 polluted environment. So, how did that happen? Sports men are collapsing at a record rate. A lot of young people who have taken the vaccine have been diagnosed with myocarditis and pericarditis. And no one know how this is going to affect them in the long term. If the vaccine does not stop a vaccinated person from spreading virus, then what is the point in vaccinating young children that the virus hardly has any effect. Ghanaian doctors should rise against this nonsense. They should be on the right side of history and stop the evil juggernaut of the pharmaceutical industrial complex. If the rest of the world have parted with logic that does not mean we that should follow like sheep. According to Gordon Gekko, sheep get slaughtered.