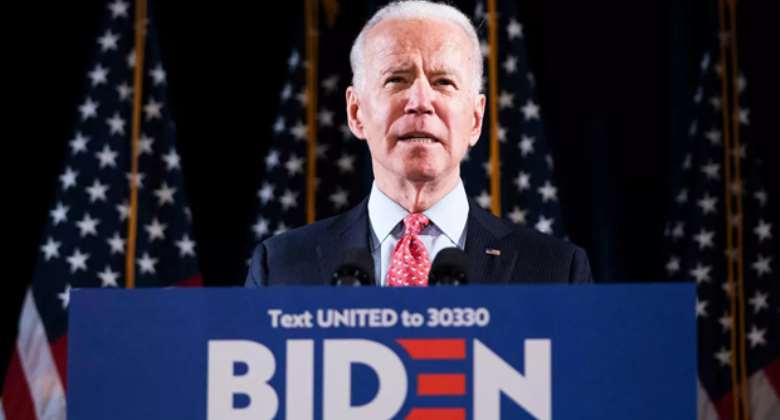 Many are those who will laugh at the title of my piece. No matter how outrageous it may sound it needs to be said and there is no other conclusion to be made regarding the shambolic and nefarious activities that happened during the early hours after the 03/11/2020 election. Many people around the world see America as the city on the hill, but I don't think with what has transpired since November 4th any American can swagger in my presence.

How on God's earth did a country that sent a man to the moon is unable to count simple ballots on an election night? It's incredible isn't it? How can a country that brought the world computers and operating software be found wanting in the counting of ballot papers using computer machines?

A plethora of allegations have been advanced by the Trump campaign team, which are undoubtedly jaw dropping. To make it very simple, I am not going to dwell on the statistical analysis, the flipping of votes by the computer counting software and the use of algorithm in the software, which are all bombshells in their own right. What bothers me is the mundane chicanery like dead people voting and over voting i.e., more people voting than the number of people registered to vote in a precinct.

Well, on the latter problem perhaps, Trump is hated so much everyone trooped to vote to get him out, but it shouldn’t be more than 100%. Besides, my biggest problem is when they stopped counting the votes. This will never happen even in Ghana. I think they should have election observers from Ghana to teach them how to do this. The irony about all this is earth shattering to contemplate. If Americans cannot oversee their own election to ensure that its integrity is watertight, what kind of authority will they wield when electoral malpractice occurs in other parts of the world?

Now, with our current state of visual technology, it’s inconceivable that this will happen without seamless chain of recordings in every cranny where ballots were counted. If google has the capabilities to store all kinds of high-definition videos coming from all over the world, why can’t the authorities responsible for the lifeblood of American democracy provide cameras and store all the recorded images from every counting table? This is the crux of the issue. If technology exist to send camera probes into human intestine to investigate diseases, how difficult it is to provide cameras in election counting centres to validate and legitimise the authenticity of US elections.

In a place like Ghana, we do not have adequate facilities to provide this first-class service, but this level of fraud which wreaks arrogance will never happen in our backyard. If the home of modern computer technology is unable to clean their voter register in real time then what is the moral credibility of sending an organisation like the Carter foundation to monitor elections in any part of the world?

With all these obvious election malfeasances the media are unanimous on their drum beat that there is nothing to see here. Initially, I must confess, when the evidence started trickling out, I erred on the side of caution that, perhaps they were disgruntled Trump supporters who were upset about their loss. But the video evidence from the State Farm Arena completely changed my mind. Yet, the American mainstream media are telling us not to believe our eyes. That we should not believe what we saw in that footage.

This makes the America main stream media and their counterparts in Britain very pathetic. Does anyone remember the way they reported on Rudy Giuliani and Sidney Powell ‘Release of the Kraken’ press conference? They have been demanding for evidence and when it finally arrived all that they could talk about was Rudy’s dye running down his face. It was completely disgraceful, and when Kayleigh McEnany described them as activist says it all.

The American fake news media industrial complex including BBC here in Britain are carrying a dead body over the finishing line. America has become a laughing stock and the fact is whatever the left touches they destroy it. If they succeed, it will be a well-planned coup d’état by the ballot box with the help of the media and big tech companies. However, when the dust settles, the big losers will be the big media, big tech companies, pollsters and their political pundits. Because regardless of the odds against Trump, orchestrated by the entities above, he gained ten million more votes when they predicted that he was going to be wiped out.

T S Eliot, in one of his poems – The Hollow Men – said ‘This is the way the world ends/ Not with a bang but a whimper.' America is going down without a bang, but with a whimper. The fifth columnists in the persons of Bill Clinton and Obama have finish their jobs and the rats have taken over to feed on the carcass. Stealing election is how America goes down. Every respect I have for America is gone down the drain courtesy of the communist Democrats. It is now clear that Americans cannot count on their leaders to defend their freedom, so they have to fight themselves. But a word of caution to them when they rise, because they are going to release their brown shirts in the form of Antifa and BLM to intimidate them.