Has Hydroxychloroquine Suddenly Become A Poison? 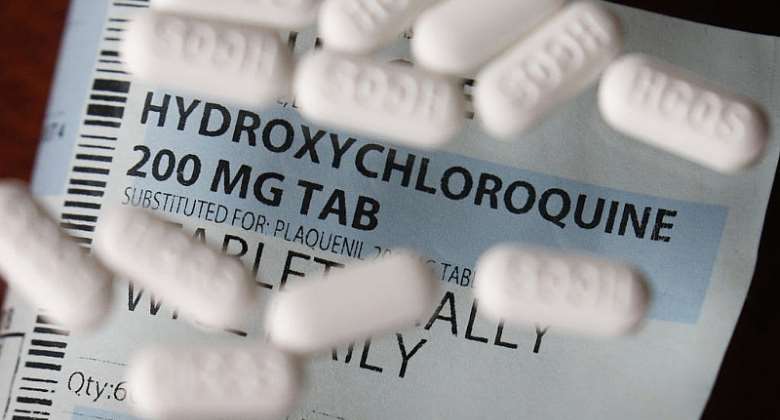 The Wuhan virus has changed the world irrevocably. The human, economic and psychological damage have been incalculable. From the moment it took flight from China, it proliferated around the world in the midst of wild conspiracy theories that is still growing exponentially.

Debunking it is a cottage industry in its own right. Quite naturally, it has added a plethora of words to our lexicon. Many have christened it plandemic and that seems to be my favourite due to the nuclear war being waged over the use of hydroxychloroquine. It’s not just the death toll, economic and psychological cost, but what it has done to our basic freedoms is what makes it lethal and dangerous.

When the virus became active in Wuhan, China, most people, including physicians, knew nothing about it. Naturally, some doctors reached outside the box for the way forward beside the body using its immune system to fight the disease. The first person to come up with pharmacological treatment was the French doctor, Didier Raoult, who claimed that Hydroxychloroquine in combination with azithromycin is able to cure the hitherto dreaded Covid19. President Trump, seeing his wonderful economy being obliterated before his eyes, latched on to it as a promising cure. Suddenly, hell broke loose.

Anthony Fauci, a leading member of Trump’s Corona taskforce team, dropped a hydrogen bomb at the root of Hydroxychloroquine hopes. His reason against the drug was so bizarre that it got my alarm bells ringing uncontrollably. His excuse was that it had not gone through the gold standard test so he will not recommend it as a therapy to fight Covid19.

Then, the strangest thing happened on American news networks. While Americans were dying, Trump was pilloried and likened to the beast of the apocalypse for suggesting that the drug could be a game-changer as a treatment. It was incredible watching the 24-hour news channels lose their mind over the use of the hydroxychloroquine. It was one thing to demonise the man for political purposes, but their reaction when the drug could potentially help their compatriot that were falling like flies was very difficult to comprehend as an outsider.

Besides, when the storm blew out, the World Health Organisation gave credence to the controversy by stopping all trials on the drug over safety concerns based on a publication in the Lancet that was later withdrawn. Before then, the damage had already been done. Most of the fake news media and lots of national authorities relied on this spurious publication to deny the use of this rock of ages drug as therapy and prophylaxis. It was incredible. This is a drug that the FDA had approved and has been prescribed to patients for over six decades.

And for it to be described as toxic is inexcusably scandalous. And I believe the Lancet editors should be dragged to court to answer for this prodigious criminal hit job to take out Hydroxychloroquine to pave the way for their plandemic to run its course in order to justify the need for a worldwide vaccination. This is Lancetgate squared. This is corruption that has got a lot of blood on the carpet and someone should pay for it.

If anyone can recall, at the onset of the plandemic, Melinda Gates, granted an interview on CNN which she made the outrageous statement that she could see bodies littering the streets of Africa because of poverty and inadequate health infrastructure. It was scary at the time, especially, when blacks in America and even in Britain were dying disproportionately. Well, she could have been right, but it didn’t happen and there is a reason for it.

The fact is most Africans take one form of the quinine family drug to combat malaria. And more importantly, the Chinese and foreigners who came to Africa and were supposed to seed the virus had taken the drug as a prophylaxis against malaria. Inadvertently, they nipped the incubation of the virus in their body before it could spread in Africa. The Fantes have a saying that an animal without tail is able to ward off flies by the hand of God. So, the poison drug inadvertently protected Africa from having dead bodies littering on our streets.

Fauci’s argument that hydroxychloroquine had not been tested for covid19 was the weakest argument ever. Though a lot of people are debunking the 2005 publication on SARS that has been attributed to him to be wrong, the fact still remains that a test was done in 2005 even though not clinical, as claimed by his defenders, the title of the publication was incontrovertible – Chloroquine is a potent inhibitor of SARS coronavirus infection and spread. Which means, the evidence for a potential efficacy of the drug existed, which he could have cautiously supported its clinical trial in the meantime and not dismiss it.

Most of the doctors who were promoting the drug were stressing that when it is use early at the onset of the disease it works. It acts just like how our medical technology is able to deal with cancer cells. When cancer cells are diagnosed early enough it can easily be treated, but when undetected and it metastasises in the body no form of radiation or chemotherapy from any oncologist can change the inevitable. Even with the treatment of malaria, when the malaria plasmodium parasite has destroyed most of the oxygen-carrying red blood cells nothing can be done with any quinine medication.

.So, the question desperate for an answer is why WHO, Fauci and their ilk are against this rock of ages medication that has been used in Africa for decades and counting has overnight become so dangerous? It’s unbelievable that a drug, which has been approved long ago by the FDA, can now not be used as an off label to treat a disease that they don’t have a cure and rather put patients on ventilators and destroy their lung which is already under pressure from cytokine storm, eventually victims drowning in their own dissolved lung tissues.

Aspirin was originally developed by a German chemist, Felix Hoffman, to alleviated rheumatoid arthritis pains, however over the years it has been applied in so many uses, especially as a thinning of the blood, however, the mechanism of thinning the blood is fatal to haemophiliacs. For perfectly normal blood pressure patients it works fine. It will be nonsensical to stop the use of the drug for that purpose because of haemophiliacs.

A careful study of the clinical trials that were used to discredit Hydroxychloroquine were all flawed. Either they used fatal doses or less. And I think those involved have got blood on their hands. It’s near to impossibility to get this wrong especially when there is a pioneer. But all things aside, this is a wakeup call to all African leaders that we cannot rely on foreign organisations even the World Health Organisation to manage our health and anything that is important to us. The big pharmaceutical companies are behind this nonsense and if we do not put our acts together, they will be dictating to us what drugs to swallow and inject.