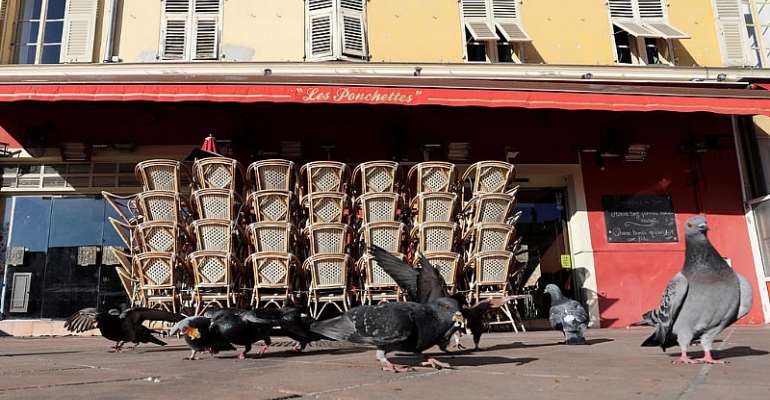 The head of France's employers' union says that that after France loosens its confinement measures to stop the spread of the coronavirus, people will have to work harder to get the economy back up and running. The government agrees.

The focus is to “get the economic machine running to reproduce mass wealth, to try to erase, as of 2021, the loss of growth of 2020,” the boss of the Medef employers' union, Geoffroy Roux de Bézieux, said in an interview with the Figaro newspaper on Saturday.

"The creation of wealth will allow for an increase in the tax base, and therefore revenue, which will reimburse the debt accumulated during the crisis.”

France is facing its worst recession since 1945, with 30 to 40 percent of businesses closed due to the coronavirus pandemic. Economy minister Bruno Le Maire and public accounts minister Gérald Darmanin announced Thursday that French GDP is expected to drop six per cent in 2020.

Junior economy minister Agnès Pannier-Runacher said in an interview on French public radio that “we will probably have to work more than we ever have” to make up for the loss of economic activity.

For de Bézieux, one issue that needs rethinking  is working hours and paid holidays “to support economic recovery and facilitate, by working a bit more, the creation of supplementary growth”.

Trade unions and opposition politicians have reacted, some with irony. Communist party MP Fabien Gay said in a Tweet that the Medef's view of the world after the confinement “is like today, but without a labour code”.

Olivier Faure, secretary of the Socialist party Tweeted in reaction to de Bézieux's interview that “Covid-19 is like a Trojan horse,” with the Medef and employers using it as a way to roll back all the benefits and gains that workers have made in the past.

France passed an emergency law in March that allows the government to take special measures in support of French companies, and allows companies to override certain aspects of the labour code. In some sectors, companies can ask people to work more than the 35-hour limit per week, or cut work hours, or impose up to a week's holiday.

On Friday the government announced that its economic bailout has increased to 100 billion euros, from an initial 45 billion euros.

Pannier-Runacher said the goal of the support is to “give oxygen to businesses so they survive” and overcome the crisis, but that they will then have to double their effort to create “collective wealth”.