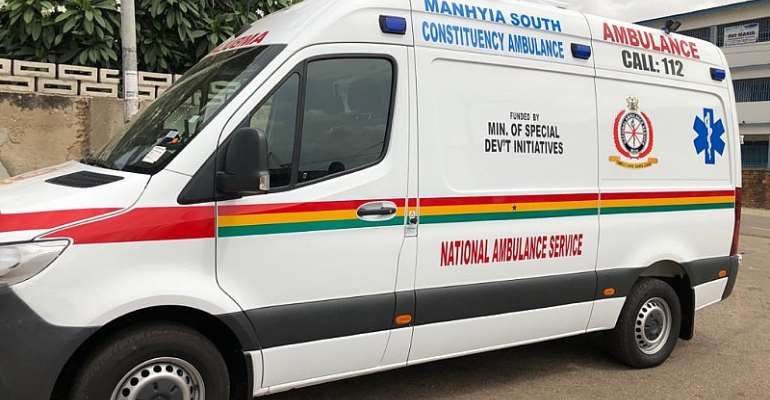 Member of Parliament (MP) for Manhyia South in Kumasi, Dr. Matthew Opoku Prempeh aka Napo has planned to construct a modern Ambulance Bay in the Constituency.

Upon completion, the facility would house the ambulance vehicle that the government presented to the Constituency recently.

It would also be used by the Ghana National Fire Service in the Area to keep their vehicles.

Napo, who doubles as the Minister of Education, said that a search for a plot of land to locate the facility is ongoing.

Napo has therefore appealed to authorities at the Manhyia Government Hospital to allocate a land there for him to construct the ambulance bay.

The Manhyia South MP recently donated some items to the Manhyia Government Hospital.

According to him, if the ambulance bay is located in the premises of the hospital, it would help them to become more efficient.