COVID-19 FIGHT: Why Ghanaians Should Be Unsatisfied With Government's "Crumbs" 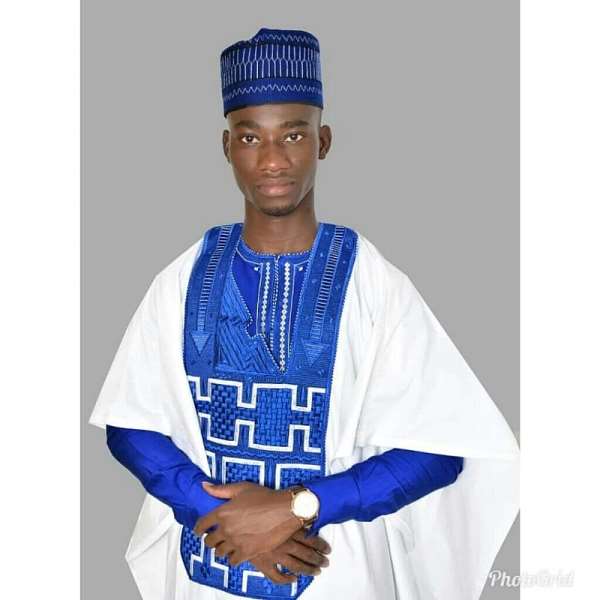 Fellow Ghanaians, two ants do not fail to pull one grasshopper. Gradually, the fight against the deadly Covid 19 is gratifying and hopeful with the personalities who now join the fight to support their quota. Our elders say in times of an epic fight like this, the "fingernail" is a strong weapon, no matter how small it is.

It is refreshing and exciting to see celebrities, talakawas, society's riffraff, and almost all and sundry, actively involved in the fight, donating everything worth fighting the virus, to government.

When I heard about the Manhyia Palace initiative in the Covid 19 battlefield, I saw some flashes of hope and victory against the enemy, coming. God bless his royal majesty, Otumfuo Osei Tutu II. Though the strong do not need claps, his royal highness, the Asantehene, has done what Napoleon Bonaparte could not do. I say Ayikoo to him.

Again, a certain business tycoon in the United Kingdom by name: Nana Kwame Bediako, is reported to have donated his 15 million dollars Real Estate to be used as temporal hospital according to GhBase•com. He also promised to replicate that kind and generous gesture in Ghana if our recorded cases of the Covid 19, worsened.

For the avoidance of any doubt, I read somewhere some time ago that in the United States of America, 65% of the unemployed persons are those who abandoned their jobs for lack of appreciation. Even though I believe the government of Ghana has ungodly and grossly shortchanged Ghanaians in these trying times, let me commend it, at least, for seeing it expedient not to evacuate Ghanaian citizens back home from China. We have not been badly hit by the virus by now because the government saw it necessary not to bring home citizens from China. Although theirs was a clear lack of political will and capacity and not any display of clairvoyant prowess and power, we have benefitted from that "insensitivity" of government. And let no one be amazed because, according to Winston Churchill, the greatest lesson in life is to realize that sometimes a fool can also be right.

Italy and other badly hit countries were those who quickly evacuated their citizens from China. Our elders say "he is likely to be killed by a falling leaf, a man who fears extremely for his life." A clear case of hiding in the anus to escape fecal matter. God have mercy.

But, a spanner was thrown in the works over the week by the government when our dear President, Akufo Addo, tweeted what could best be described by many Ghanaians as a "spam", to wish UK Prime Minister, Boris Johnson, a speedy recuperation.

The public backlash and uproar that unsolicited tweet generated, was a pointer to the utter dissatisfaction of Ghanaians and gnashing of teeth about the response of the government to the infamous COVID-19 fight. Ghanaians, for all intents and purposes, descended upon the President with vituperative tendency, questioning his moral high ground to poke his nose into foreign affairs but keeps a straight poker face on domestic issues.

Ghana's partial lockdown has been visited by many challenges since the President announced it. The "Barracks Guys" are in town at the behest, invitation, and command of their Boss, President Akufo Addo, to take care of the lockdown, but many of them are overdoing the job.

A man was reportedly murdered in Ashaiman in Accra by the military for disobeying the lockdown order by the President. Several other Ghanaians have also been subjected to the iron fist of the Barracks Men who are lashing and rising many "body temperatures" of Ghanaians in town as they roam the cities under lockdown. It has since become a challenge the President seems to have studiously ignored, yet he finds it fit to cross the sea to the UK.

The question is, why did Ghanaians quickly open the sewage to lampoon and lambaste the President whose efforts to combatting the disease in the land have been remarkable and "globally" acknowledged as matchless and peerless? Remember the President has addressed the nation over six times, or?

But lawyers, they say, are liars. The subliminal messages or the body language of government, has led many to question the commitment of it in the fight against the menace, beyond the late evening addresses by the President.

However, the scandalous comments unleashed on the President said it all, that his preachments and regular sermons have not been digested in good fate by the majority of Ghanaians.

In fact, two schools of thought have emerged over the last few weeks with respect to the government's performance, or most specifically, the performance of the President in this period of our national annihilation.

Some clean-minded Ghanaians are of the view that government has only been clever by half, for reducing the fight against the disease to only testing citizens suspected to have contacted persons infected, and therefore does not deserve any commendation. For them, an elephant that kills a rat is not a hero.

The government is more resourceful than what it has been doing so far. It would be lunatic and capital folly for the government to delay unfolding the power it so pleased Ghanaians to entrust it with to contain the virus from horizontal spread until the "deaths boom" occur.

Other countries that are serious in their fight against the virus, have made it compulsory for citizens to cover their noses (faces) everywhere. Such countries have therefore been compelled to provide face masks, hand sanitizers etcetera.

Yet another section of Ghanaians presume the President has been really dedicated and committed to the epic global biological battle. For this school of thought, "the lizard that jumps from an Iroko tree says it would praise itself if no one does."

Indeed, the government has borrowed enough money to govern on behalf of Ghanaians. And the primary objective of every serious and patriotic government is to protect the security and safety of its citizenry. Hence, the government's struggle would never be acknowledged until it prioritizes the lives of Ghanaians over pecuniary goals and the Pyrrhic victory of Economic growth.

Is it not surprising that the government has borrowed over a hundred billion cedis in less than four years of governance and yet, has not found it relevant to dedicate less than 10% of that money to safeguard the lives of citizens?

Why is government quiet over the distribution of nose masks, hand sanitizers, and other basics to Ghanaians?

In other jurisdictions where prioritization of the lives of their citizens is key and not their registration for an election, free electricity and water have been leased for citizens to use in the next three months while at home.

Ghana government has no excuse whatsoever to tell us, inter alia, there's something they so cherish more than protecting the lives of Ghanaians and for which reason spending on Ghanaians the money they have borrowed on behalf of them is not a priority.

Where are the commitment and patriotism? What kind of phantom war against the Covid 19 is President Akufo Addo fighting?

If a business mogul who suffered to create a pyramid of cash sees the need to lease and convert his multimillion hotel to hospital temporarily, why can't the government be comfortable spending on the masses what is due them in their time of need?

If Kings who are no longer signatories to the national kitty are donating cash from their private pockets to help contain the disease, why is the government which holds the key to the nation's treasury is taking the backbench in spending in this period of peculiar mess?

If former Presidents are contributing to the coffers of the Covid 19, what business do those in government have to also donate to the same course they refuse to release cash belonging to the masses, to be spent?

Let President Akufo Addo sit up. The tempo, direction, enthusiasm, and momentum of his commitment to the fight against the COVID-19, have been disappointing.

Ghanaians don't need the President’s salary, he must use the colossal amount of cash he has borrowed on their behalf, instead.

We won't fall for these "crumbs".

(The Young Prof., The Young, By The Permission of their Lord, shall GROW.