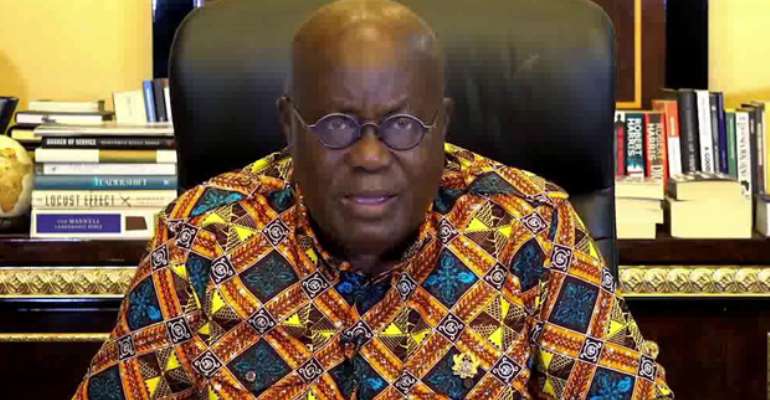 President Nana Akufo-Addo has revealed that about 79 percent of the 313 confirmed cases of coronavirus in Ghana are imported cases.

He says his decision to close Ghana's borders has been justified having recorded remarkable success with discovery of people with the virus.

He made this known in his 6th address to the nation.

According to him, 105 of the confirmed cases came from those who were mandatorily quarantined upon arrival in the country between March 21 and 22, 2020.

As a result, he stated that until the situation is under control, the borders cannot be opened.