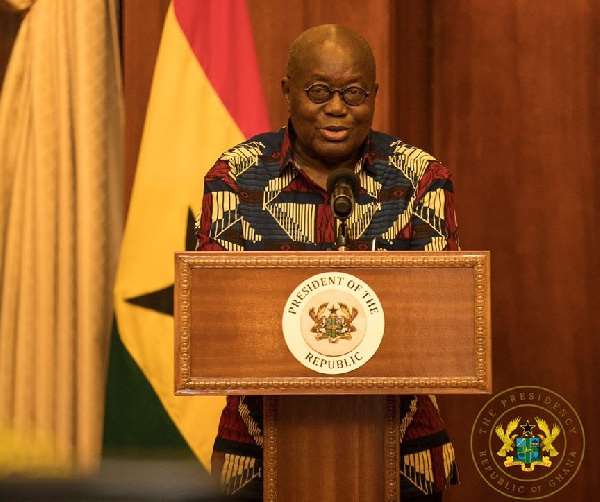 Chairman of the Opposition National Democratic Congress (NDC), Samuel Ofosu Ampofo has appealed to President Akufo-Addo to grant amnesty to the closed down radio stations as he did for some 808 prisoners last month.

The NDC Chairman said at a time when public education is critical to combat covid-19 in the country, it’s imperative that more radio and television stations are allowed to operate to educate Ghanaians about safety ways.

He said this when the President invited heads of political parties to a meeting at the Jubilee House on Friday on collaborative ways to combat covid-19 in the country.

“Your Excellency, I’m asking for another Amnesty from you, a number of radio stations have been closed down and in our efforts to ensure that we reach out to the majority of our countrymen and women, I’m appealing to your Excellency to grant Amnesty and get these radio stations that have been closed down to use their systems, their frequencies and activate their latent frequencies to reach out to the people in various languages so that we will be able to reach out to every nook and cranny of this country for all of us to fight and bring this pandemic to a halt,” Ofosu Ampofo said to President Akufo-Addo.

Responding to this request however, President Akufo-Addo said he is surprised the NDC Chairman will make such a request of him when he (Akufo-Addo) did not close down the said radio station(s) in question.

“I don’t really think that there’s any big secret about them, the law is very clear, you make the application back to the National Communication Authority and you go through the various procedures. I don’t think you have to wait for a President for that to happen. But as I say, the ideas that have been expressed here are all very useful to us, we will take them very much on board and continue to work with them…”

The National Communications Authority (NCA) in 2017 closed down radio stations operating without renewing their licenses.

Don't worry yourselves contributing Ghc100 to support Nation...
8 minutes ago