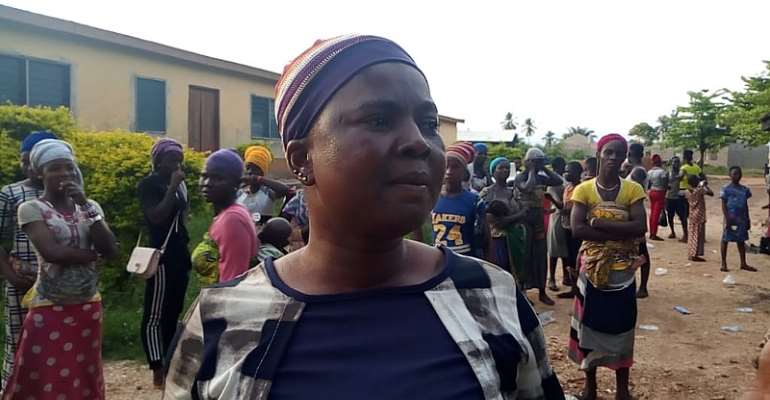 Some 60 head porters popularly called Kayayie who were said to be escaping the lockdown in Accra have been intercepted by the security and health authorities in the Eastern Region.

They are currently being held at Kyebi in the Abuakwa South Municipality and are facing the possibility of a mandatory quarantine since they were found moving from one of the epicenters of the Covid-19 pandemic that has gripped the nation and led to a lockdown.

They were found crammed on a cargo truck from Accra to Kumasi and then to the North East Region but were ordered to come down at Akyem – Nsutam Barrier on Monday evening.

The cargo truck with registration GS 467 -17 left Accra, heading towards Walewale in the North East and preliminarily reports say they were escaping the two weeks restriction imposed by the President as a measure to stop the spread of the virus.

The truck initially crossed the Eastern Region but on reaching Asankare barrier in the Ashanti Region, the driver was asked to return to Accra.

On their way back, the truck was impounded at Nsutam Barrier which falls under Fanteakwa South District in the Eastern Region.

The Fanteakwa South District Chief Executive, Ntori Agyabeng upon receiving the information rushed to the scene and moved them to nearby Kyebi, where they have been quarantined for the next 14 days.

He later said he is in a discussion with his counterpart MCE for Abuakwa South to get them the needed help.

He confirmed later that “they were escaping to Walewale but unfortunately for them they were ordered to return to base in order not to spread the disease.”

He said as part of the District Health Committee measures, they have to be quarantined to make sure none of them is carrying the virus.

Some of the Head Porters who spoke to DGN Online said they have no place of abode in Accra and did not see the need to remain once the lockdown was imposed.

They appealed to the authorities to help them to get to their destination since they did not have the resources to remain in Kyebi for two weeks.