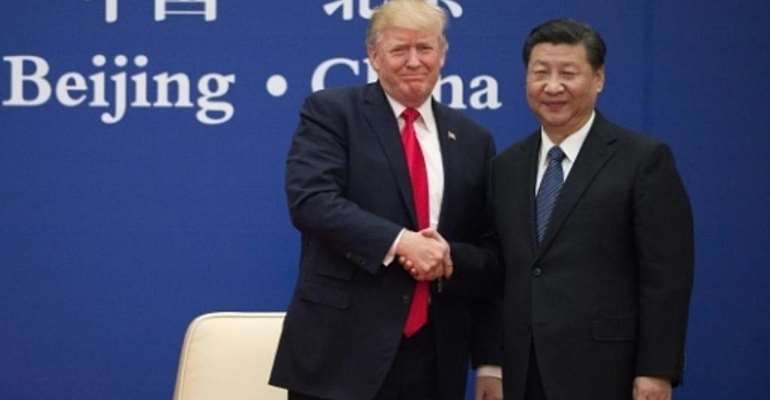 A US diplomat has accused China of “turning Covid-19 into a global threat,” criticising Beijing's lack of transparency. The remarks add to growing tensions between China and the US following mutual accusations regarding the origin of the virus.

“It is bad enough when conspiracy-theory cranks spread dangerous misinformation around the world,” writes US ambassador to the UK Robert Wood Johnson in The Times. “It is far worse, and more dangerous, when malign misinformation is spread by a government's officials.”

“It is bad enough when conspiracy-theory cranks spread dangerous misinformation around the world,” writes US ambassador to the UK Robert Wood Johnson in The Times. “It is far worse, and more dangerous, when malign misinformation is spread by a government's officials.”

The "malign misinformation" refers to recent allegations by Chinese diplomats that the Covid-19 virus did not originate in Wuhan, capital of Hubei province, but that it was brought to China by a team of US athletes who had come to participate in the 2019 Military World Games that took place between 18 and 27 October in Wuhan.

On 27 February, Zhong Nashan, a prize-winning epidemiologist who became famous for discovering the Sars coronavirus in 2003, remarked that “though the Covid-19 was first discovered in China, it does not mean that it originated in China.”

World Military Games
Days later, Zhao Lijian, an official spokesperson for the Chinese Ministry of Foreign Affairs, tweeted that “it might be US army which brought the epidemic to Wuhan”.

Zhao suggested that US athletes might have brought the virus with them to Wuhan when they participated in the military games in October. The first Covid-19 cases were registered in Wuhan around 17 November. “The “US owe us an explanation,” added Zhao.

The message was quickly taken up by various Chinese ambassadors, who seem to have discovered Twitter as a channel to propagate Beijing's official point of view. For example, the Chinese ambassador to South Africa echoed the official line.

The Chinese message also boasted about the success of Beijing's national response to the epidemic and its implications for the world: “China's endeavor in combating the epidemic has bought time for international preparedness,” the Chinese foreign ministry suggested this week, while Chinese media have highlighted Beijing's efforts to assist dozens of countries by supplying medical equipment and personnel.

Racist
According to the Americans, it is too little, too late. “First they tried to suppress the news,” Ambassador Johnson wrote, adding that Beijing had then selectively shared critical information while stonewalling international health authorities.

“Had China done the right things at the right time, more of its own population, and the rest of the world, might have been spared the most serious impact of this disease,” the ambassador wrote.

Earlier, US President Donald Trump said Beijing should have acted more quickly to warn the world after the outbreak of the disease there, labelling Covid-19 a “Chinese virus”. Beijing responded by lambasting the American leader as “racist”.

Your God-fearing attitude, refusal to tenaciously cling to p...
21 minutes ago