EC Has Not Eaten Humble Pie, Trust Me 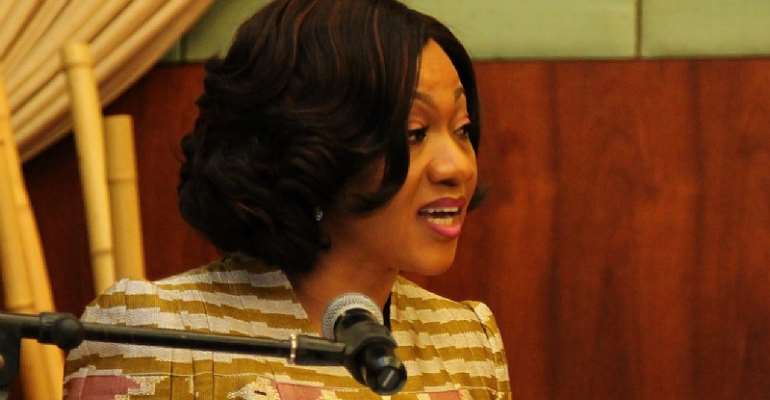 I wrote about the likelihood of the National Voters’ Registration Exercise being halted in the offing just last week. I also hinted at the likelihood of Election 2020’s being postponed and rescheduled for some time next year. If you, my Dear Reader, had read the caption of that column closely and critically, you would have noticed that my original caption of Election 2020’s being postponed until next year had been modified to read “New Year” by the editor or editors of the Modern Ghana media portal. In the journalism profession, editors have that prerogative. Now, one did not need to truck or to have trucked with any of the legion false prophets of Ghana to have arrived at this quite perspicuous conclusion. It was just a matter of common sense.

In sum, the just-announced decision by the administrators of the Independent Electoral Commission (IEC) to temporarily scrap the ongoing National Voters’ Registration Exercise is just what it says – a temporary Coronavirus-occasioned suspension. This very necessary exercise had persisted in the face of the inhospitable climate created by this global pandemic not because of any chutzpah or presumptuousness on the part of IEC Chairperson Jean Adukwei Mensa and her crackerjack associates, but actually because of the predictably asinine hectoring by the kleptocratic operatives of the country’s main opposition party, the National Democratic Congress (NDC), to the effect that both the Akufo-Addo Administration and the IEC were hell-bent on unduly capitalizing on the Coronavirus pandemic to hang onto power. So, if any political camp or quarter must be faulted for the IEC’s apparently dogged prosecution of the National Voters’ Registration Exercise, in the face of arguably the most deadly pandemic to strike the world in our time, that culprit, of course, would have to be the insufferably megalomaniacal operatives of the so-called National Democratic Congress who, somehow, appear to be quixotically convinced that Election 2020 is theirs to lose.

The preceding notwithstanding, what is worth remarking upon here is the fact that the IEC strictly followed laid-down protocol of consultative confabulation with representatives of all the legitimately registered political parties in the country before arriving at the decision to halt the National Voters’ Registration Exercise. This is what a robust and functional democratic cultural dispensation is about. In all likelihood, and it is also significant to note that yours truly adumbrated on this in his previous column, the next step in this seasonally pragmatic realignment of our greater democratic cultural agenda is bound to verge on the necessary rescheduling of the December 7, 2020 General Election. This is more than clearly beyond dispute, which is not to say that the clinically demented usual suspects among the ranks of the country’s main opposition National Democratic Congress are not apt to ineffectually attempt to raise Caine.

After all, isn’t that what the clinically demented are invariably predisposed to doing in perpetuity? You see, the Jean Mensa-led IEC operatives shrewdly played to their strength by allowing circumstantially induced rhythms to dictate both the tempo and the duration of the dance. In this instance, it is as though the Legendary Angels of the Heavens themselves met and conspired to even out the terms of the country’s governance on the inviolable basis of merit. Almost as if to say, “To heck with constitutionally stipulated term limits; if even a fourth-rate high school prefect like Little Dramani can, literally, hold Ghanaians by our throttle for apocalyptically protracted four-and-half years, what prevents us from granting the present tried-and-tested True Ghanaian Leader twice the term of that which Divine Providence in His /Her “inscrutable wisdom” so suspiciously, and generously, afforded Judas Dramani the other day?