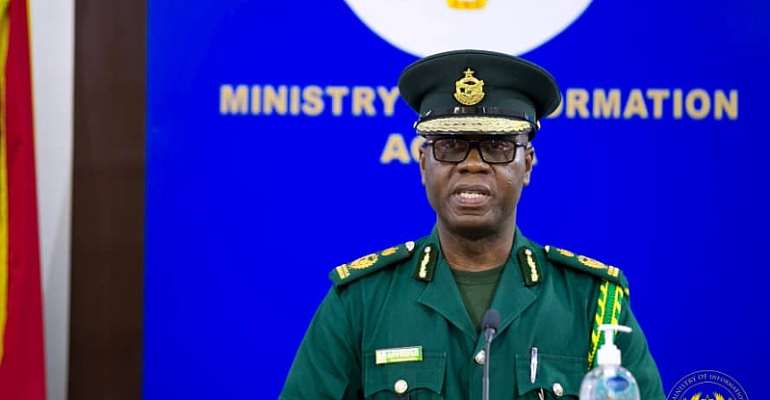 Some 12 Okada riders trying to ferry passengers across the country's closed border with Togo have been arrested.

The riders were attempting to smuggle people into the country, Deputy Comptroller General at the Ghana Immigration Service, Laud Afrifa has announced.

Their bikes have been impounded and they might face prosecution after further consultations, the GIS boss hints.

Government has therefore warned transport operators and local community members residing at the fringes of Ghana's borders to desist from helping travellers to cross into the country.

Mr Afrifa, who was addressing the briefing in Accra on the country's COVID-19 status, said persons that engaged in such activities would be arrested, quarantined and prosecuted accordingly.

“People conspiring with others to enter and go out of the country should cease doing that. The border community forms part of the nations' critical strategies. You should rather be volunteering information and not aiding them.”

“Remember that when the disease breaks it will start with you and your family because you will be the first contact. All persons must be reminded that the borders of the country remains shut until further notice,” he said.

He recalled that the borders were closed following the announcement by President Nana Akufo-Addo that all borders; land, sea, and air, should be shut to human traffic for the next two weeks, beginning midnight on Sunday, March 22.

The measure seeks to limit and stop the importation of the virus, contain its spread, provide adequate care for the sick, limit its impact on social and economic life, and inspire the expansion of the country's domestic capability and deepen self-reliance.

It had been observed that because of the suspension of flights attempts had been made by people to enter the country through unapproved routes.

On March 22, the Aflao Border officials arrested an American, who had also crossed over from Togo.

He had landed at the Lome Airport on March 20 from the United States of America and attempted to circumvent and entre into Ghana.

Mr Afrifa said the American was referred to the health officials, tested and had proven negative but he was under detention and had been sent into mandatory quarantine.

On March 23, he said the Akanu Border patrol officers intercepted seven Nigerians comprising three males and four females who tried to enter the country from Togo and were turned back.

From the Sogakope inland post, five persons including a Ghanaian doctor and two Ivoirians were arrested.

Further checks on the doctor indicated that he flew into Togo on Ethiopian Airlines from the US and was entering the country illegally.