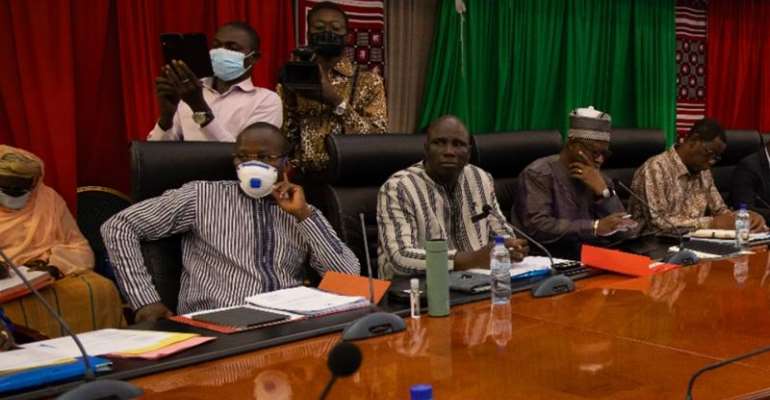 The confirmation of their cases contributes to the country’s jump in new cases to 99.

“The rumour has become reality…I have just been notified that I have COVID-19,” Minister of Foreign Affairs Alpha Barry said in a tweet late on Friday, referring to media speculations about his health.

Simeon Sawadogo, the Minister for the Interior also confirmed in a Facebook post that he had tested positive.

The Education Minister, Oumarou Idani also announced that he was positive.

They are not the first top officials in that country to test positive.

Rose Marie Compaoré, a top parliamentarian and the 2nd vice president of the National Assembly died of COVID-19 last week.

The US Ambassador to Burkina Faso, Andrew Young has also tested positive for the disease.

Last Friday when cases stood around 40, President Roch Marc Christian Kaboré announced the closure of the land and rail borders and a 7 pm to 5 am curfew.

Other measures announced to contain the spread including the closure of the Ouagadougou and Bobo-Dioulasso airports for all commercial flights.

The president also prohibited any grouping of more than 50 people.

For the country of about 20 million people, the president has urged the public to avoid shaking hands and kissing.

A dedicated toll-free number, 3535 has also been announced for reporting all issues and inquiries related to COVID-19.