Obiri-Boahen Should Listen to the President! 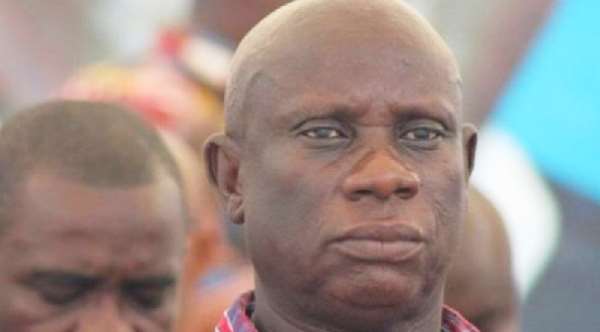 The way natural – catastrophic – events appear to be overwhelming governments around the world, it is high time that the leaders and member of the august House of our National Assembly or Parliament came to terms with the grim reality that Election 2020 may have to be rescheduled for some time next year (See “COVID-19: There Would Be No Election 2020 – Obiri-Boahene[sic]” 3News.com / Ghanaweb.com 3/19/20). In the main, the contents of the afore-referenced news story are precisely the opposite of its caption. What Nana Obiri-Boahen, the Deputy General-Secretary of the ruling New Patriotic Party (NPP), is actually saying is that the April 25 date scheduled for parliamentary primaries involving incumbent Members of Parliament – actually it looks as though primaries for both major political parties have yet to be concluded – is not in any way in danger of being scuttled, in view of the exponential or phenomenal intensification of both the spread and the ravages of the Coronavirus pandemic.

In short, it is increasingly becoming apparent that Ghana’s 2020 general election may not be able to be held as originally planned, that is, for December 7 or thereabouts. Now, what Parliament, acting in concert with the Ghana National Council-of-State and the relevant statutory bodies need to do is to organize a crunch session or sessions, preferably via videoconferencing, to decide on a more realistic and pragmatic date for holding what would have been Election 2020. For starters, it is highly unlikely for both the Akufo-Addo Administration and the Independent Electoral Commission (IEC) to consent to conducting a nationwide general election with a National Voters’ Register that most Ghanaians agree woefully lacks the requisite integrity or wholesomeness, even as personally and authoritatively attested by then Electoral Commission Chair Dr. Kwadwo Afari-Gyan before the Atuguba-presided panel of Supreme Court Jurists that adjudicated the 2012 Presidential-Election Petition.

Already, the executive operatives of such major statutory establishments as the Commission for Human Rights and Administrative Justice (CHRAJ) have called for an effective halt to both the upcoming National Voters’ Registration Exercise, and the ongoing National Identification Card’s Registration Exercise. Indeed, as of this writing, Mr. Gavin Newson, the Governor of the State of California, here in the United States, was projecting that over the course of the next 8 weeks, at least 25.5 Million of California’s 40 Million residents will be afflicted with the Coronavirus disease. Now, that figure amounts to approximately 56-to-60-percent of entire population of the State of California (See “All Californians Ordered to Shelter in Place as Governor Estimates More than 25 M Will Get Virus” The Guardian [US Edition] 3/19/20). Ghana may probably be more lucky, although this observation is very doubtful, in view of the stiff resistance being given to President Akufo-Addo’s expertly informed edict for all activities involving the congregation of 25 persons or more to be promptly halted and health-protective “social distancing” behavioral measures rigidly adhered to and enforced.

Governor Newsom’s projection is very reliable because it is based on a scientific Coronavirus tracking system that has been established by cutting-edge laboratory scientists working around the clock at the Maryland-based Johns Hopkins University. The good news here is that, by and large, the overwhelming majority of Ghanaian citizens and the electorate do not seem to be in any hurry to change horses or governments in midstream, especially when the Akufo-Addo-led government of the New Patriotic Party well appears to be performing over and above the level and quality of all of our four previous democratically elected Fourth-Republican governments. We also have absolutely no credible and competent alternative in the Mahama-led main opposition National Democratic Congress, that already sports the unenviable record of having unprecedently performed far below the standard threshold of governance that Ghanaians have been familiarized with since Independence on March 6, 1957.

In the authoritative words of the founding-father of the National Democratic Congress, Chairman Jerry John Rawlings, the longest-ruling strongman and elected former President of Ghana, Mr. John Dramani Mahama is the most thoroughgoing corrupt of all postcolonial Ghanaian leaders. This authoritative observation in itself makes any rush towards the holding of Election 2020 in the middle of the global sweep of the deadliest viral pandemic to date simply inadvisable.