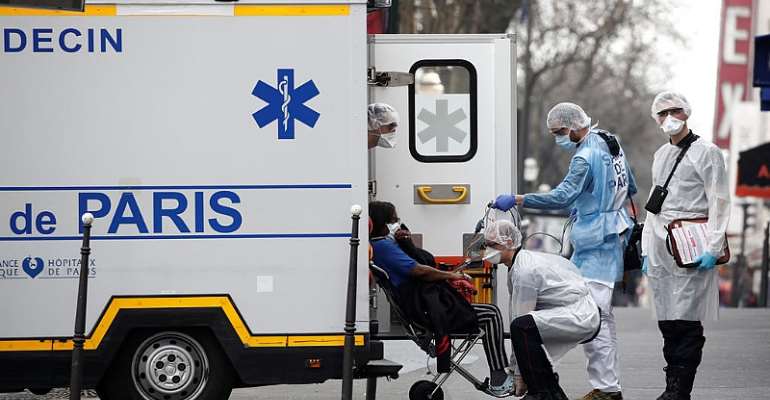 President Emmanuel Macron's main men in the fight against the spread of coronavirus in France were at pains on Friday to prepare the country for an extended lockdown.

Interior minister Christophe Castaner and health minister Olivier Véran emerged from meetings with police chiefs and hospital bosses emboldened in their determination to try and limit the effects of the disease that has claimed 450 lives in France.

Castaner said on Friday that police would patrol major transport hubs to check whether intended trips were valid.

“There's going to be good weather over the weekend,” said Castaner. “But that does not mean you can go to the beach or sit out in a square or go for a walk along the banks of the river.”

Effort
On Monday, Macron used a live TV address to announce strict confinement measures until the end of March to prevent the coronavirus from claiming more victims.

He said employees should work from home wherever possible and banned all journeys except for exercise, shopping and urgent family visits.

Castaner, it is understood, prefers to use the orders outlined by Macron and back them up with more checks and fines rather than pressing for even tougher measures such as curfews.

Length
“We will probably have to prolong the confinement order,” said government spokeswoman Sibeth Ndiaye on Friday.

Véran told Le Figaro newspaper that the ban on free movement could end when the virus was less rampant.

“The lockdown is necessary,” he said. “It's a difficult stage which demands time. But the more strictly it is observed, the quicker it can end.”

On Friday, Véran was urged to step up the production of masks for use by the general public.

In an open letter to Le Parisien newspaper, a group of medics and scientists called on the health minister to increase the number of tests for Covid-19 and isolate confirmed cases.

War
“The president, in his address on Monday, said we were at war. That declaration only underlines the delayed decisions that have led to this situation," said Claude Got, Catherine Hill, Michel Parigot and Chantal Perrichon.

“But by announcing confinement, the move provoked a rush from the cities to the countryside where the virus had not taken hold.

“That done, two other strategic errors can be rectified quickly.

“South-east Asian countries have managed to get on top of the virus without mass confinement and the use of masks by the mass population has been one of the elements of their strategy.”

Your God-fearing attitude, refusal to tenaciously cling to p...
4 minutes ago