France to reinforce coronavirus confinement measures, as people not taking them seriously enough 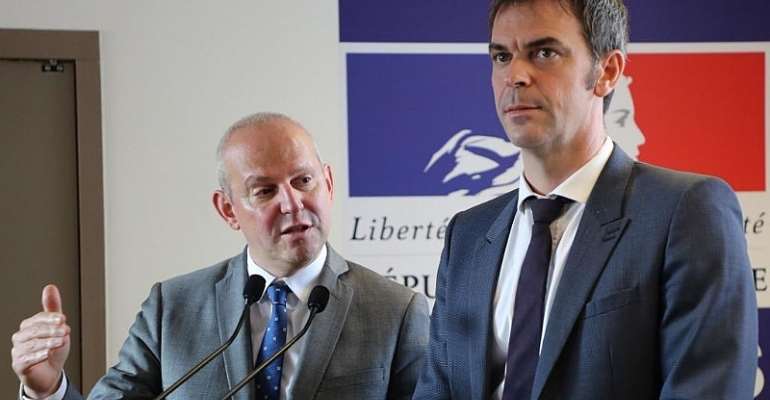 France must wait several weeks to see an impact on the Covid-19 coronavirus of its confinement measures. Visiting a research centre Thursday, French President Emmanuel Macron regretted that people are not taking the measures seriously enough, and a defense committee meeting Friday may well tighten them further.

Cases of coronavirus infections are doubling every four days, according to the French health directorate.

The head of the directorate, Jérôme Salomon, the country's top health official warned in a press conference Thursday night that the epidemic will get worse in the next few days.

"Our goal is to delay the effects of the current wave," so that doctors and hospitals can cope, he said.

Wednesday night, 91 serious cases of the virus had been admitted into intensive care in 157 centers across the country that can treat coronavirus patients.

Salomon said 3,700 beds are available across France, 1,300 of them for adult intensive care.

A military hospital is being put in place in Mulhouse region, in east of France, one of the epicentres of the virus in France. Once operational in a few days, it will be able to treat serious cases.

"This is a collective fight,” said Salomon. “The more we act, the faster we will break curve of this epidemic.”

Increased restrictions
In a statement sent to the president, a group of unions representing hospital interns called on authorities to “stop half-measures and vague speeches”, and called for a “total and absolute confinement” of the French population.

They warned that otherwise, they will have to “make choices”, referring to the triage doctors may be faced to do in determining which cases to treat in case of high volumes of patients.

The director general of the French public health agency, Geneviève Chêne, warned that it would take “between two and four weeks” to see any effect on the spread of the virus of the confinement measures announced Monday that came into force on Tuesday, to force the population to limit its time outside.

Some 100,000 police officers have been deployed to check on people's movements, and impose a 135 euro fine on people who are violating the rules.

Macron is to convene a defence council on Friday with the Prime Minister and the concerned ministers, who may decide to prolong the existing confinement measures beyond the two weeks announced on Monday.

Beaches closed, Cannes festival delayed
Authorities in coastal regions, along the Mediterranean, in Corsica and along the Atlantic, have closed the beaches. In the Yvelines, Val-de-Marne and Val-d'Oise – departments neighbouring Paris – parks, gardens, forests and waterfronts have been closed to the public.

The Cannes film festival, initially planned for 12-23 May will be postponed until June or July.