Nigeria, South Africa step up fight against virus in Africa

By Max Delany and AFP bureaux in Africa 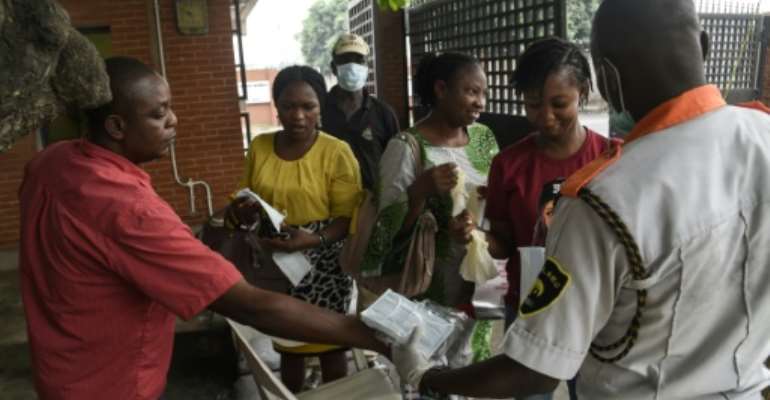 African countries led by Nigeria and South Africa have ramped up action against the coronavirus after the continent recorded its first fatality.

Nigeria said Thursday it would shut schools and limit religious meetings in its economic hub Lagos and capital Abuja, while South Africa, the continent's most industrialised economy, slashed a key interest rate to help shore up business.

Nigeria, Africa's most populous nation and home to some 200 million people, has so far recorded just 12 confirmed cases of COVID-19 and is following other countries in ratcheting up its response.

Lagos state government said schools in the city of some 20 million would be shut from Monday. It said there was now "local transmission" of the virus in the city.

Ogun state neighbouring Lagos and regions in the northwest of the country introduced similar measures.

Imposing the restrictions in chaotic and overcrowded Lagos will be a major challenge for the authorities, with the city home to so-called "megachurches" where thousands of worshippers gather each weekend. 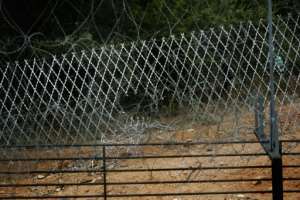 South Africa says it will fix the damaged fence at its Beit Bridge border post with Zimbabwe to help prevent the spread of coronavirus. By GIANLUIGI GUERCIA (AFP/File)

Africa is no stranger to deadly viral outbreaks -- the 2014-16 Ebola epidemic killed more than 11,000 on the continent -- but so far the coronavirus appears to have spread more slowly there compared to Asia and Europe.

It has reported little more than 700 out of the nearly quarter-million cases worldwide, according to a tally compiled by AFP. The figure comprises North and sub-Saharan Africa.

But health specialists say the continent is a potential breeding ground for the virus, given poor sanitation, poverty, urban overcrowding and creaking medical systems.

In South Africa, the central bank on Thursday cut its main interest rate by a full percentage point to 5.25 percent to try to bolster its already battered economy.

The bank said there could be a contraction of 0.2 percent this year but cautioned "significant uncertainty" clouded forecasts given the impact of the virus.

Separately, the government declared it would erect or repair 40 kilometres (25 miles) of fence along its border with Zimbabwe to stop undocumented or infected people crossing the border. 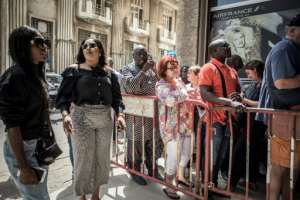 Senegal authorised six exceptional flights to pick up stranded travellers in Dakar and fly them to Paris. By JOHN WESSELS (AFP)

In West Africa, Mauritania, which has already closed its airports to flights to and from foreign destinations and shuttered its schools, announced a nightime curfew, from 8pm to 6am, with immediate effect.

Sierra Leone said it would suspend all flights incoming and outgoing from Saturday until further notice.

The former British colony was badly hit by the 2014-2016 West Africa Ebola outbreak, which killed almost 4,000 people in the country.

Senegal -- which reported 38 cases as of Thursday -- authorised six flights to pick up stranded travellers in Dakar and fly them to Paris, the French embassy said.

The government of the Muslim-majority nation also announced that all mosques in the capital Dakar would be closed until further notice.

Despite deepening concern in the region, Mali said a much-delayed parliamentary poll -- whose first round is due to take place on March 29, with a runoff on April 19 -- will take place as scheduled.

The elections have been postponed several times since 2018 because of jihadist violence.

On Wednesday, Burkina Faso said it had recorded the death of a 62-year-old female legislator with diabetes -- sub-Saharan Africa's first fatality from the new virus. 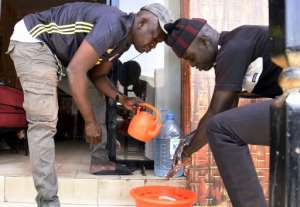 Men wash their hands before entering a restaurant in Dakar. By Seyllou (AFP)

Also in the Sahel region, Chad and Niger reported their first coronavirus cases, both in men returning from abroad.

In East Africa, Ethiopian Prime Minister and Nobel laureate Abiy Ahmed urged citizens not to discriminate against nationalities in the fear over the virus.

"Prevention efforts need not be a barrier to our humanity and disposition for compassion," Abiy said.

"As a global community, we are each other's keepers. Let us not let fear rob us of our humanity."

The US embassy in the country issued a security alert saying it had received reports that foreigners had "been attacked with stones, denied transportation services... spat on, chased on foot, and been accused of being infected with COVID-19."