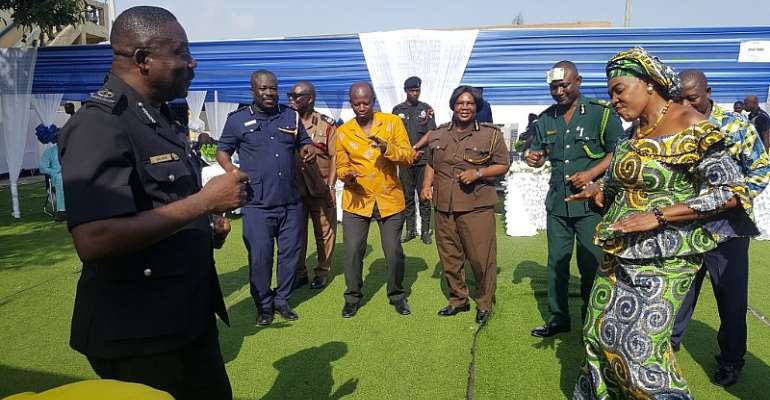 Out of the number, three were dismissed, seven were reduced in rank and seven others reprimanded.

The Accra Regional Police Commander, DCOP Frederick Adu Anim, said 15 others had completed service enquiry cases and were being reviewed by the regional disciplinary board.

Speaking at the 2019 edition of the command's end of year social activities commonly called WASSA, the Accra Regional Police Commander added that this was an indication that the service in general and the region in particular do not shield bad nuts contrary to what the public thought.

“This shows a decrease of 2245 cases however, without being complacent; the command is still working hard to conquer motorbike and street robberies which are taking greater numbers in our crime data analysis.”

He urged the public to desist from physically attacking police personnel, adding, “It is very disheartening to see the very people, whom we lay our lives for, turning against us—causing all manner of bodily harm to us and sometimes vandalizing our police stations built by the taxpayer.”

He advised personnel to first protect themselves before doing same to others.

The Accra Regional Minister, Ishmael Ashitey, whose speech was read on his behalf by his deputy, Elizabeth Sackey, said government was committed to strengthening the justice and security systems to enable personnel exhibit the highest standards of professionalism and engender a high degree of public trust and confidence.

Touching on the 2020 general elections, she urged police personnel to re-acquaint themselves with the election laws to enable them to make decisions with confidence.