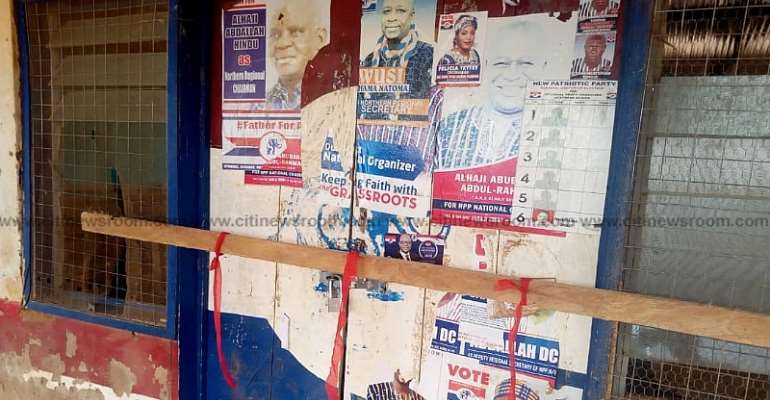 Some angry supporters of Emmanuel Kotin, a Security Analyst and the Executive Director for the Africa Center for Security and Counterterrorism who has been disqualified from contesting the New Patriotic Party (NPP) parliamentary primaries in the Saboba constituency have threatened to defect to the opposition National Democratic Congress (NDC) if the party fails to reverse its decision.

The youth earlier on Saturday locked up the party’s constituency office after the party hierarchy released a statement disqualifying Mr. Kotin from contesting in the Saboba constituency and two other aspirants seeking to contest the primaries in the Gushegu constituency.

According to Citi News sources, the party hierarchy allegedly disqualified Mr. Kotin because he filed a lawsuit against the party.

But the statement issued by the Northern Regional Secretary of the party, Alhaji Yakubu Subdow stated that Emmanuel Kotin and two other parliamentary aspirants in the Gushegu constituency were disqualified on legitimate grounds.

But the angry youth argued that the security analyst was unfairly treated.

They insisted that the National Parliamentary Vetting Committee must reverse the disqualification or they will defect to, and vote for the National Democratic Congres in the upcoming general elections in December 2020.